Download the RAW files to analyze yourself Right Here

Purchase this lens at Allen’s Camera

Purchase this lens from B and H

Purchase this lens on Amazon

When Nikon announced the new 70-200 2.8E VR lens I was the first to RANT about a few of its key features. First and foremost, the fact that it was priced at $2,800, and second–that they reversed the zoom and focus rings. Combine both of those revelations and I was not a happy camper.

Why is this lens $500 more than it should be and why in the world would you want the zoom ring all the way out where the focus ring used to be? Don’t get me wrong, I said it’s probably going to be one of the sharpest 70-200 2.8’s ever made but that doesn’t make the fact that it’s priced so high hurt less.

Fast forward a few months to when I personally bought the lens at Allen’s Camera to review it and in the hopes that it would be worth the extra money.

This time around I did not take it out onto a “Real World Review” or a “5 Min Portrait”. I wanted to change it up and do a more scientific / technical comparison. Everyone knows I prefer real world situations for reviews but this lens called for something more and I hope you like the change of pace.

The first test was a simple one: photograph a brick wall at 200mm and 70mm while shooting sample images from f/2.8 to f/22 to test a few things. One thing this tests is how much vignetting is there at the wider apertures. Second, it lets us see at 200mm if both lenses match when at 200mm. Third it lets us see which lens is sharper edge-to-edge. And finally, shooting at 70mm lets us see if there is any distortion with the lines. 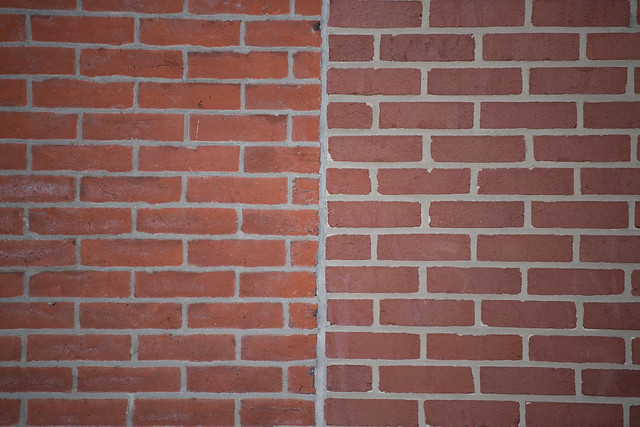 All the images for this test were shot RAW but were not processed in any way other than the defaults that were set in Lightroom. This means no sharpness added, no exposure changes–nothing.

I was a little surprised to see a slight bit more vignetting at 2.8 from the new 70-200 compared to the old one. I’m not sure what would cause this but it was subtle, it wasn’t major but it’s something that was there.

Both lenses were pretty close to matching at 200mm with the newer one having a slight zoom advantage over the old one at least based on the distance I was shooting at. We will further explain the difference at 200mm later on in the review.

When we got the images back in the computer and put them side-by-side at f/2.8 zoomed in to 200mm, we saw a world of difference. The first thing I looked at was the top left corner’s edge sharpness. You could clearly see the new 70-200 2.8 was sharp, contrasty and clear. Conversely, the older 70-200 2.8 was not clear around the edges, had less contrast, and was just not as sharp.

When you shift to the center of the images and compare them side-by-side, it’s no contest at all. The NEW lens blows the old lens out of the water so much that I instantly debated getting rid of it in favor of a second 70-200 2.8E to be used for video.

I honestly was shocked at the clear visual difference right in front of my eyes. I knew the new lens should be better and it better be for the price, but I didn’t expect it to blow the older one straight out of the water.

The final part of this test was to shoot both lenses at 70mm to see how the lines of the bricks would look. Generally with telephoto lenses you won’t see distortion where the lines don’t look straight and that was the case here. Where you would see issues would be more so when you’re shooting and testing out wide angle lenses.

So after the first “scientific test,” the new lens is clearly ahead.

We didn’t just look at these lenses from a stills perspective, we also took video into consideration. How well does the VR in these lenses work for when you’re standing still zoomed out to 200mm as well as when you’re walking?

We built a little test rig where we were able to set up both lenses on a Manfrotto rail system to make this side-by-side comparison as equal as possible. We used two Nikon D750’s, the same ball heads and the same settings on both cameras.

The goal was to hand hold both lenses will attempting to keep a no parking sign as centered as possible to see which lenses VR worked better. Again, in this side-by-side comparison, the clear winner was the newer one. It has an extra stop of VR capability which will allow you to get smoother, cleaner video when hand-held. These results should not come as a surprise as the new lens far outperformed the old one.

Which lens did better when it came to the walking VR video test? Once again, the new lens was the clear and steady winner with its extra stop of VR.

I hope you’re enjoying this more scientific look at gear. Please be sure to leave a comment if you think we should add this type of technical review into future workflows.

Next, let’s jump to how VR handles when it comes to shooting stills. The general rule of thumb when shooting is your shutter speed should never drop below your focal distance. This means if you have a 200mm lens, you should not have a shutter speed slower than 1/200th. Keep in mind, this is the case if you don’t have VR.

This is just a rule of thumb and I’ve been able to break it over the years with pretty good results. But with the advent of Vibration Reduction, it’s allowed me to break the rules even more. For this test I decided to see how low of a shutter speed I could shoot while hand-holding at 200mm and focusing as close to the bobble head as possible. I only tested the newer lens at this shutter speed.

I decided to shoot at 1/2.5 of a second which is just shy of a half-a-second. I locked my focus on the eye of the bobble head, tucked my elbows, held my breath and shot off three frames in a row. Let me quickly explain why I shot multiple images in a row: the reason is you tend to settle into the shot at one point or another which will give you the best chance of one of them being in focus.

It turns out I was able to hand-hold at just shy of a half-a-second and get a SHARP image. The I SHOOT RAW on the bobble head shirt is perfectly sharp and the face looks good as well. What you need to understand is if there is any movement in your subject at such a slow shutter speed, you will see motion blur. VR does not stop a subject, it simply counters your movements.

One question people keep asking: “is the new lens a TRUE 200mm?” My quick answer to this is what is a true 200mm? Do you know what lenses actually are 200mm vs ones that are not? The question that should be asked is “how does the new 70-200 2.8 compare to the old one when zoomed out at 200mm, is one longer than the other?”

The test I chose to conduct is a close-focusing test zoomed out at 200mm. Close focusing means I got as close to the subject as possible until the auto focus would no longer lock on. The new lens allows you to close-focus at 3.6 feet where the old one would only let you at 4.6 feet.

As you can tell from the sample images, the newer lens fills the frame a lot more at 200mm compared to the older one. As I said above, this is due in part to the fact you can close focus more with the newer one.

This was the best test I could come up with for testing this out. I know a lot of people (including me) noticed that at 200mm the VR II seemed not as close than the VR I, and there really wasn’t much explanation as to why. Some people called it “lens breathing” but I think people are confused at what lens breathing really is, I know I am and was. I contacted Nikon to attempt to get an explanation as to what is lens and focus breathing and they honestly didn’t have a conclusive answer.

Nonetheless, we conducted a “focus breathing” experiment with both lenses zoomed out to 200mm and racked the focus the entire range to see if the field of view changed. This issue with the VR II lens was that at close-focus at 200mm, your field of view was drastically different than how it was at infinity focus at 200mm. You could clearly see the new lens had far less breathing than the older one.

Which lens has better bokeh? This is one of those tests I never fully could wrap my head around. Some people say they can tell the difference between lenses and their bokeh. They say things like, “oh the bokeh is so creamy or it’s a circular bokah.” Now I can tell the difference between a cheap kit lens bokeh and a more expensive lens but between these two lenses, I’m not sure what I am looking at exactly. 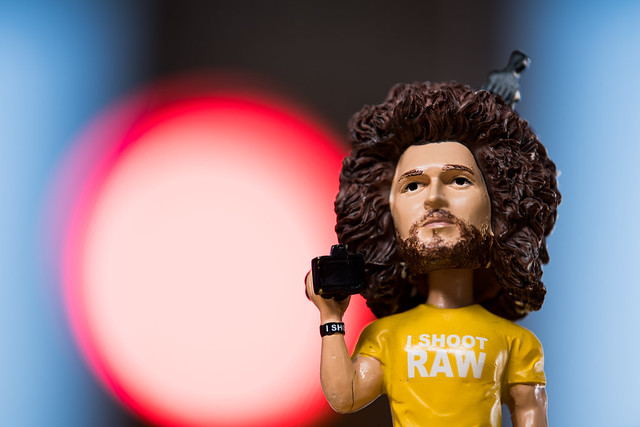 The out-of-focus areas seem to look good to me on both lenses. The newer one of course is a much tighter shot but I will leave it to you to analyze both RAW files to determine if one bokeh is better than the other. Be sure to download the RAW files to conduct your personal experiments and pixel peep to your hearts content.

Keep in mind this is not a FULL “Real World Review” and I do plan on doing that in the future as those are my favorite reviews where I test it out in the “real world.” My goal with this more “scientific comparison” was to give you the sample and test images to look at on your own to make an informed decision on which is better.

To me, there is a clear winner between these two lenses and it comes as no surprise that the NEW 70-200 2.8E VR is far superior. With that said, is it worth the $2,800 price tag? The answer begrudgingly is yes, it’s worth it if you can afford it. That doesn’t mean I am happy that I have to shell out $500 more than I should have to in order to own it.

But it always comes down to can you afford it? If you are a working professional or you make money from photography or capturing video, then yes you should consider replacing your older 70-200 2.8G VR II with the 70-200 2.8E VR. Simply seeing the sharpness, contrast and clarity difference sold me. All the extra functions, buttons and features are simply added value.

Don’t forget to download all the FULL RES Exported unedited JPEGS as well as sample RAW files so you can analyze them for yourself:

Download the RAW files to analyze yourself Right Here

Purchase this lens at Allen’s Camera

Purchase this lens from B and H

Purchase this lens on Amazon