Sneak Peek from the Nikon D7100 of Paramore 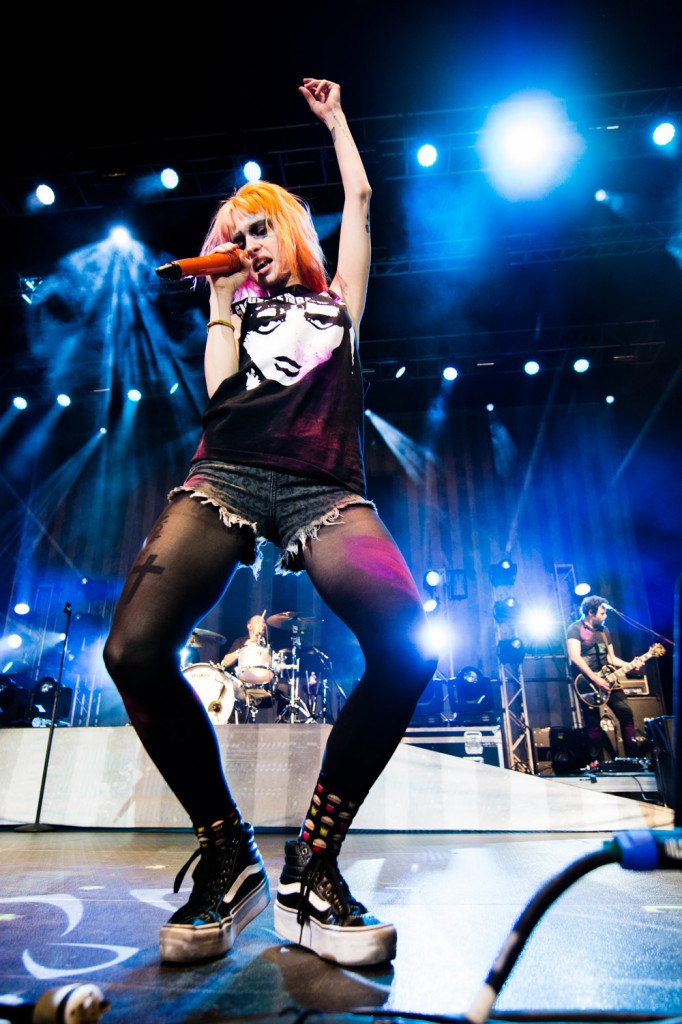 As some of you know from the picture earlier I went out to shoot a big multi band show tonight. I left home the D4 to force myself to only shoot with the D7100. Early on the camera handled very very well. This is just a quick thought, not a review.

The first few bands the camera handled very very well with a variety of lenses. Shots looked colorful, sharp and all around nice. The camera seems to focus pretty fast and as a bonus the focus points are frame to frame meaning they go all the way to the edges.

Then we went to shoot passion pit and I started to have some issues. I think it was a combination of a few things, one the lead singer never stands still and two I am hating the 24-70 2.8, it continues to miss focus.

Now I was thinking it was just me having an issue shooting but Fusco was there as well testing out his D7100 and he had the same issue shooting with his Tokina 28-70 2.6-2.8 lens. But he also did some shots with a longer lens 70-200 on his D700 and those were TACK.

We were reviewing his images right there after the shoot. For some reason both of our cameras were having a hard time shooting passion pit on the wide side. The funny thing is we had the same exact settings set for our exposure.

So I am offloading the images as we speak to see how they look on a 27 inch screen opposed to a 3 inch screen. I think I got a KILLER shot of Haley from Paramore, its one of those SHOTS, lets hope it is in focus and tack sharp!!!!