My take on Keira Knighley's No Photoshop Nude Photo NSFW 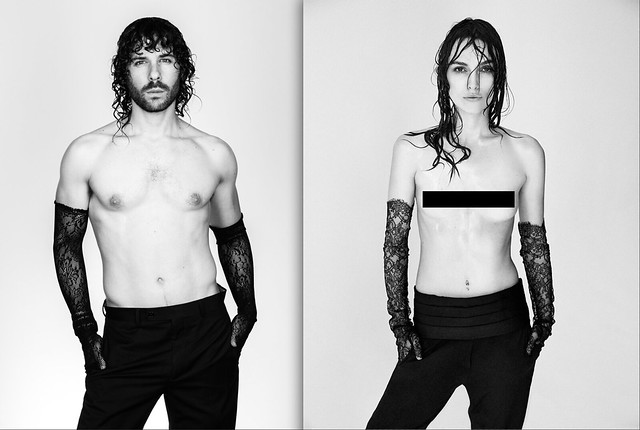 “That was one of the ones where I said, ‘OK, I’m fine doing the topless shot so long as you don’t make them any bigger or retouch.’ Because it does feel important to say it really doesn’t matter what shape you are.” Keira Knightley

“I think women’s bodies are a battleground and photography is partly to blame,” she says. “Our society is so photographic now, it becomes more difficult to see all of those different varieties of shape.” Keira Knightley

I am sure you are wondering why I would do something like this. Simple, I thought it would be fun to try and replicate everything about her photo. Her goal was to do a topless shoot but not allow any manipulating or photoshoping to be done whatsoever. There is nothing wrong with being who you are and being secure with it.

So what’s wrong with nudity that is art that is beautiful and natural? If you don’t like it don’t look at it but don’t dictate to others what they can and can not look at. I guess this falls under the FREE the nipple campaign.

Quotes were used from HollywoodLife.com and the entire interview can be found here.

Keira Knightley Photo’s taken by Patrick Demarchelier for Interview Magazine. The original article and photos can be seen below or by clicking here.