With this new sensor they have removed the OLPF or optical low pass filter. I have seen images out of the Nikon D7100 that also has no OLPC and man do they go BOOOM.

The camera now has a 3.2 inch vari angle screen though it does not have touch screen like the new Canon’s. I personally love the touch screens in the Canon’s and wish Nikon would adopt something similar.

I have posted Nikons press release below so you can read over all of the specs for yourself. You can watch the video above to see who I think this camera is for. 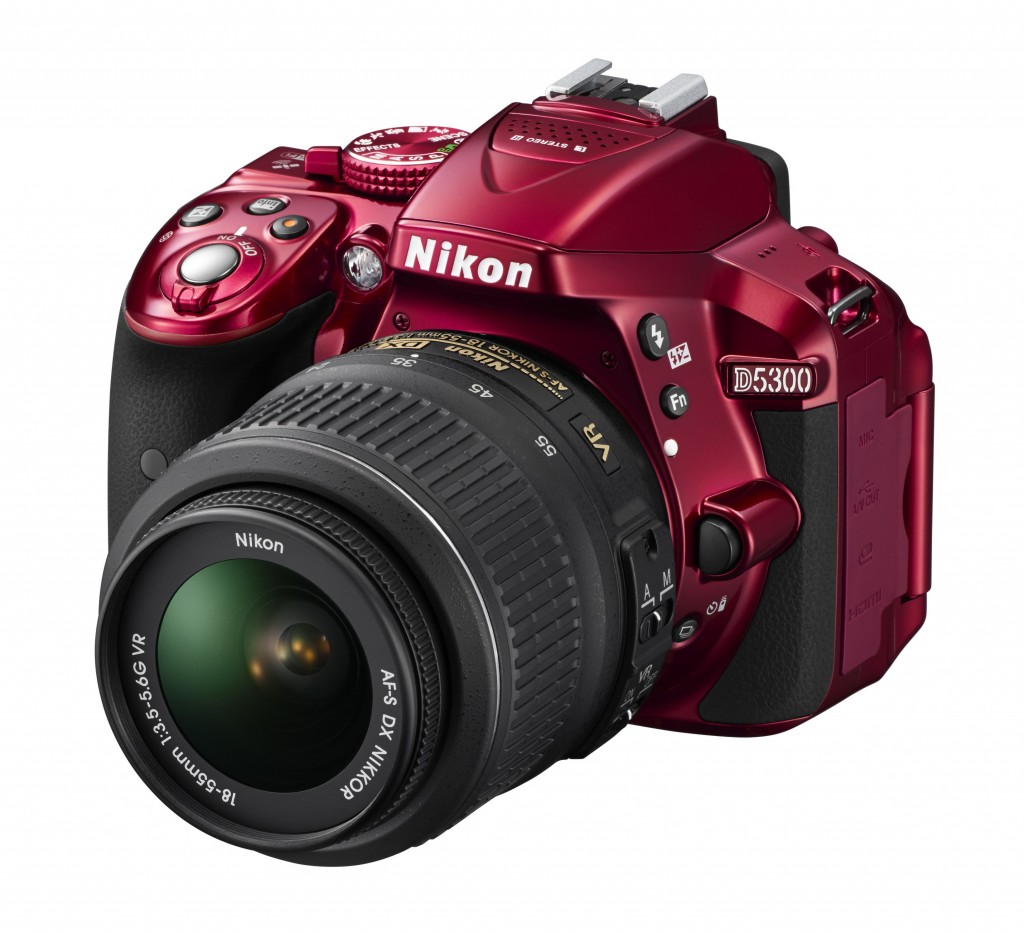 CAPTURE, CREATE, CONNECT: THE NIKON D5300 D-SLR LETS PHOTOGRAPHERS DO IT ALL WITH CONFIDENCE

MELVILLE, NY (October 17, 2013) – Today, Nikon Inc. announced the latest addition to its legendary digital SLR lineup, the Nikon D5300. Offering the benefits of SLR performance with the versatility of wireless connectivity, the D5300 allows users to easily capture and share amazing images and videos. Though compact and lightweight, the Nikon D5300 packs an enhanced 24.2-megapixel DX-format CMOS sensor, EXPEED 4 image processing and the convenience of built-in Wi-Fi1. Users now have the power to take both frame-worthy and share-worthy photos and HD videos with one device no matter where they are.

“With the Nikon D5300, we are continuing our commitment to delivering unparalleled performance and image quality while addressing the importance of staying connected and sharing images with ease,” said Masahiro Horie, Director of Marketing and Planning, Nikon Inc. “By answering the need to share high quality photos, the Nikon D5300 allows photographers to capture their memories in astounding clarity and share them with family and friends moments after they happen.”

Advanced Performance for When it Matters Most
Making memorable moments even better, the Nikon D5300 offers stunning image quality with sharp, crisp detail to preserve life’s precious memories. The enhanced 24.2-megapixel CMOS sensor delivers stunning images and HD videos with heightened clarity and detail due to the removal of the optical low pass filter (OLPF). From planned family portraits to candid moments, the D5300 has the performance, along with easy and intuitive features, to help users capture photos confidently, including:

Amazing Low Light Performance – For clean, sharp details even in the most challenging lighting conditions including night games and dimly lit restaurants, the Nikon D5300 covers a wide ISO range of 100-12,800 and is expandable to ISO 25,600.
EXPEED 4 Image Processing – Nikon’s most recent image processing engine drives the rapid response and swift performance of the D5300, while maximizing energy efficiency, reducing image noise and delivering true-to-life colors.
Scene Recognition System – To further help users capture the image they intend, the Nikon D5300 features Nikon’s Scene Recognition System and 2,016-pixel RGB metering system to analyze and recognize the scene. Utilizing these systems results in adjustments to exposure, AF and white balance to deliver the best photo possible, whether it’s a landscape or portrait.
39-Point AF System – Nikon’s quick and precise 39-point AF system works with the Scene Recognition System to accurately acquire and track subjects throughout the frame, resulting in tack-sharp images. Kids too active to pose for a photo or pets chasing after a toy are easily captured in brilliant sharpness for memorable photos.
5 Frames-Per-Second – While using the optical viewfinder or in Live View, capture great moments that would have otherwise been missed with the D5300’s 5 frames-per-second (fps) rate.

Share Like Never Before
The D5300 is Nikon’s first D-SLR to feature built-in Wi-Fi, allowing the user to share high quality photos instantly. The Nikon D5300 sends images to the user’s smart device, allowing them to share their D-SLR quality photos through e-mail and social media. From a winning touchdown to a surprise proposal, friends and family can now see these important moments clearly captured right after they happen. The Nikon D5300 also includes built-in GPS, another first for Nikon D-SLRs. Now the user can geotag images and allow others to see where life has taken them.

Features for Creativity and Versatility
Compact and lightweight (16.9 oz.), the Nikon D5300 can easily be packed for a day trip or a planned getaway. The small body of the D5300 affords the photographer the freedom to travel while still being easy to handle and comfortable to use. In addition to being able to capture amazing images anywhere, the D5300 is also packed with additional features to promote creativity and versatility, including:

3.2-inch Vari-Angle LCD monitor – Whether shooting above a crowd or getting low to capture the details of a flower, users can explore new shots from a dramatic point of view with the large 3.2-inch Vari-angle LCD monitor. This super sharp (1,037K-dot) screen allows photographers to easily make camera adjustments and read menus, while also allowing them to compose the photo they want clearly when shooting from high or low angles. The rotating LCD makes it easy to capture “selfies” at an arm’s length away or frame creative perspectives when capturing still photos and HD video.
Full HD 1080p Video Capture – Create movies fit for the big screen with Full HD 1080p video capture at 60p with built-in stereo, wide ISO range for high quality videos in any light and improved full-time AF to keep the subject in focus.
NIKKOR Compatibility – The Nikon D5300 is compatible with Nikon’s legendary NIKKOR lenses and powerful system accessories, further adding versatility and creativity.

About Nikon
Nikon, At the Heart of the Image™. Nikon Inc. is the world leader in digital imaging, precision optics and photo imaging technology and is globally recognized for setting new standards in product design and performance for its award-winning consumer and professional photographic equipment. Nikon Inc. distributes consumer and professional digital SLR cameras, NIKKOR optics, Speedlights and system accessories; Nikon COOLPIX® compact digital cameras; 35mm film SLR cameras; Nikon software products and Nikon sports and recreational optics as well as the Nikon 1 advanced camera with interchangeable lens system. Nikon Corporation, the parent company of the Nikon Inc., recently celebrated its 80th anniversary of NIKKOR optics, and announced the production of over 80 million NIKKOR lenses in 2013, creating a new milestone in Nikon’s heritage of superior optics. For more information, dial (800) NIKON-US or visit http://www.nikonusa.com, which links all levels of photographers to the Web’s most comprehensive photo learning and sharing communities. Connect with Nikon and other photographers on Facebook at http://www.facebook.com/nikon and get the latest news and information from Twitter by following @NikonUSA.