Over the past few weeks I have been getting messages form people asking what I think about the Nikon D750 Flare Issue. I honestly didn’t have much to say early because I wanted to see if this was a legitimate issue or not. If it was simply a few cameras here or there or a very random occurrence than no big deal.

What seems to happen is one person finds and issue and than everyone else who has the camera attempts to replicate that issue by all means necessary. This sometimes means putting the camera into situations it would never be in during a real world photo shoot. 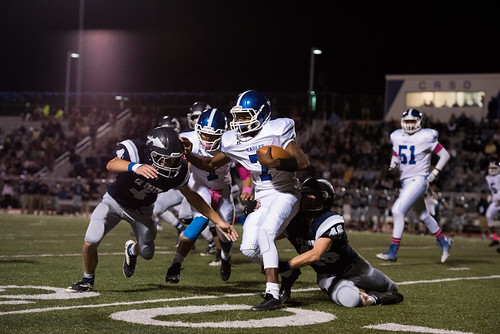 With that said a reader pointed out that one of my images actually had the “Flare” issue. I went back and looked at all the images I have taken with my D750 and could only find two situations where the flare showed up. It seems that it has happened twice with the same lens, the 70-200 2.8 VRII. For anyone wondering, yes I did have my lens hood on, it’s always on when I am shooting.

So yes, there is an issue with my camera and some others that are out there. But not me it is in no way a DEAL BREAKER. Now it looks poorly on Nikon that they have their second major issue with a Full Frame DSLR in the last few years. Nikon is not off the hook here, but this time around they have jumped on the issue much quicker and have acknowledged that there is an issue.

If you are looking to purchase a D750 you have two options. You can hold off until Nikon finds a solution or you can pick it up now and if you have the issue at some point Nikon will have a fix. I don’t think this kills the camera for me at all. I still think it’s one of the best cameras ever made and currently on the market for it’s value and quality. With that said when spending your hard earned money you really don’t want to have issue creep up on you that could cause a problem.

In closing I don’t think this is a major issue. I will continue to use my D750 and when Nikon has a solution I will get mine repaired or replaced.

I want to make something very clear. When I say this is not a deal breaker I say that because of how infrequently I had the issue even in harsh backlit situations. You will have to encounter the perfect angle, focal length, backlit so on and so forth for the issue to creep up.

That in NO WAY takes Nikon off the hook for having this issue. I will continue to use the camera with confidence until Nikon has a fix or replacement for not just me but for everyone who may have exhibited the same issue. I am not worried at all that I will end up getting a keeper that is ruined because of “flare”

If you were thinking about pulling the trigger for a D750 wait this one out until Nikon has an answer. Once they have an answer or a fix for the cameras that have the issues you will be golden.

Ideally we would get perfect cameras and devices as soon as they are released but that is less the case today than ever before. Cars, Cameras, Phones, TV’s. you name it there will always be some kind of issue or kink that needs to be worked out.

With all of that said NIKON needs to make sure they figure out a solution swiftly and attempt to make sure they dot their i’s and cross their t’s when releasing new products going forward. They are costing themselves a lot of sales right now because most people wont pull the trigger on a D750 until it is “fixed”.