Nikon just unleashed three new lenses into the world. Two of which are massive, insane and extremely expensive aka not affordable and one that is slightly over priced in my opinion. 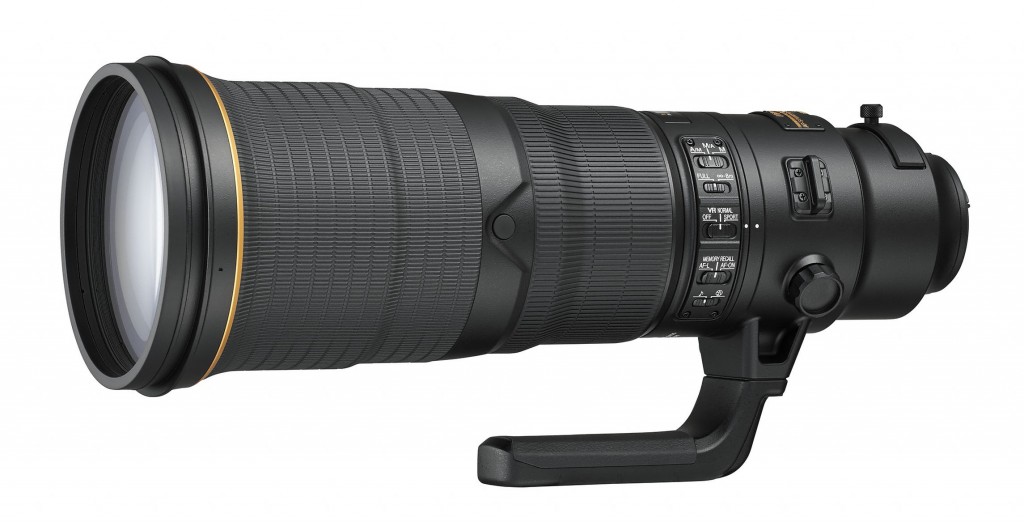 You have to keep in mind that this lens and the one I am about to discuss has a very limited use and market. These tend to be lenses you rent from Borrowlenses.com vs buy unless you are a full time photographer or videographer who needs the best of the best to get the job done. Don’t get me wrong, anyone who could afford this stuff would love the fact that it’s not only smaller and lighter but sharper and has faster focus.

The Nikon 600mm F4e FL VR is the second lens announced tonight. It used to weight in at 11.5 pounds but now it clocks in at 8.3 which is a huge difference. I have used the 600 F4 VR and WOW it’s amazing yet so so heavy. The price of the older lens was “only” $9699 with the new one tipping the scales at wait for it wait for it $12,299.95. Now that is some expensive glass. Yes if your job depends on the best this is a lens for you. If you are a nature shooter either stills or video this is probably a godsend.

Like I said above this is a lens the everyday folks rent and the full time pros purchase or sell a kidney for.

The final lens announced tonight is the 16-80 DX 2.8-4e VR N. This is a DX lens with the FX equivalent of 24-120 which is a very sought after range. This is a great cary around lens for those on DX looking for great range, great quality and VR if they want to hand hold for video. 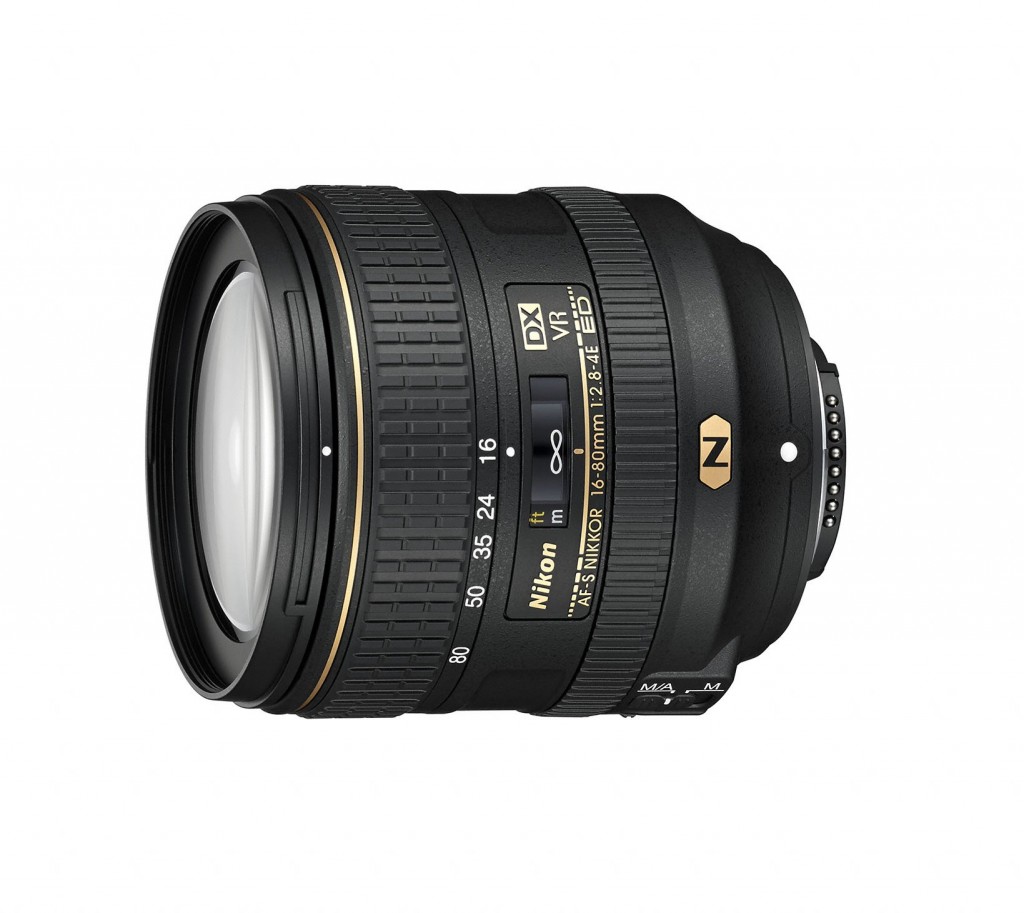 The only thing that throws me off about it is it’s price. It’s priced at $1,069.95 which is honestly more than what most cropped sensor owners want to spend on a lens. If it was $699 I could see being all over it as a recommendation but being over a g is a hard pill for most DX shooters to swallow.

Yes I am a big fan of 2.8 and faster lenses but would you be better off with an 18-140 kit lens? Of course it’s not as good but on DX for most people it’s a huge range and works as an all day cary around lens. Would I kick the new lens out of bed, no. But most people with a DX system wont find themselves forking over a grand to get a lens that wont really help them out when they go full frame.

“The NIKKOR 16-80mm f/2.8-4 is a very exciting addition to the NIKKOR DX-format lens lineup, and a new milestone in the NIKKOR legacy – it combines the most advanced optical technologies with an extremely useful focal range to capture photos and HD video,” said Masahiro Horie, Director of Marketing and Planning, Nikon Inc. “This new lens is a great companion for Nikon’s high-performance, lightweight series of DX-format DSLR cameras.”

DX-Format Versatility
Make no mistake, the new AF-S DX NIKKOR 16-80mm f/2.8-4E ED VR is premium glass for those who desire a fast and highly capable wide-angle zoom lens. The lens features a popular, wide 24-120mm (FX-format equivalent) focal range, which makes it ideally suited for a variety of shooting disciplines. From wide-angle landscapes, tight portraits or for those looking for an all-in-one tool for travel, this lens does it all. The large f/2.8 – f/4 aperture lets photographers shoot in challenging light with ease, with the creative flexibility afforded by a shallow depth-of-field. Whether photographing friends’ faces or a festive plate full of local flavor, the 16-80mm’s fast aperture lets users blur the background to create that dramatic separation between subject and background that emphasizes and flatters a subject. For creative close-ups of everything from passion-projects to flowers, the lens has a very useful minimum focusing distance of merely 1.2 feet throughout the entire 5x zoom range.

To further enhance its low-light capability, the new NIKKOR 16-80mm f/2.8-4 lens also features Nikon’s Vibration Reduction (VR) image stabilization technology, which provides up to 4 stops of image stabilization*, helping to create sharp images while shooting handheld or in challenging light. As an added benefit to landscape and wildlife photographers, this lens features VR with automatic tripod detection, to counteract vibration when mounted on a tripod.

Latest Optical Technologies
The new AF-S DX NIKKOR 16-80mm F/2.8-4E ED VR boasts some of the best optical innovations from Nikon, and is the first Nikon DX-format lens to wear the gold “N” emblem, to indicate the presence of Nikon’s exclusive Nano Crystal Coat. This advanced optical coating significantly reduces instances of ghosting and flare for the highest quality images. The front and rear elements also integrate a fluorine coating to make it easier to remove dirt, moisture and smudges from the lens surface. This is also the first Nikon DX lens to feature an electromagnetic diaphragm; this innovation electronically adjusts the aperture within the lens, resulting in consistent exposure during high speed shooting.

The new NIKKOR 16-80mm lens features robust construction while retaining a lightweight and compact body. The lens features four Extra-Low Dispersion (ED) elements and three aspheric elements to further combat instances of ghost, flare and chromatic aberration. The lens is constructed of 17 elements in 13 groups, and features a seven-blade diaphragm to create a circular, natural bokeh for a pleasing out of focus area of the image. For fast, accurate and quiet AF performance, the 16-80mm also features Nikon’s Silent Wave Motor (SWM) technology.

Price and Availability The new Nikon AF-S DX NIKKOR 16-80mm f/2.8-4E ED VR will be available in July for a suggested retail price (SRP) of $1,069.95.** For more information on NIKKOR lenses as well as other Nikon products, please visit www.nikonusa.com

“The new NIKKOR 500mm and 600mm f/4 lenses were developed to give photographers the advantage on the sidelines or in the field, with a lens that can keep up with the action and get the decisive shot,” said Masahiro Horie, Director of Marketing and Planning, Nikon Inc. “By the fourth quarter or final period, users will sincerely appreciate the weight reduction of these lenses which allow for extended shooting, even into overtime.”

Because the AF-S NIKKOR 500mm f/4E FL ED VR weighs in at just 6.8 lbs./3090 grams (vs. 8.5 lbs./3880g of its predecessor), super telephoto performance has never been so light. This premium NIKKOR lens is ideal for nature and sports photographers who are always traveling on assignment and are looking for a fast, constant aperture lens to capture photos and HD video from a distance. The combination of nimble agility, low-light capability and superior optical performance makes this lens an obvious choice for tack-sharp images of birds in flight, aircraft or other fast moving subjects when a tripod is not always an option. The optical formula of this lens combines two fluorite elements and three Extra Low Dispersion (ED) glass elements to further reduce chromatic aberration while providing superior sharpness and color accuracy.

For long reach with superior optical performance, professional photographers should consider the AF-S NIKKOR 600mm f/4E FL ED VR, which provides the ultimate in fast-aperture and focal distance for challenging subjects. With a constant aperture of f/4, the new 600mm lens gives the photographer the ability to fill the frame and create dramatic separation between subject and background. With a weight of merely 8.3 lbs. /3810g (vs. 11.5 lbs./5060g of its predecessor), the lens features two fluorite lens elements and four ED elements to provide discerning photographers with unrivaled sharpness.

NIKKOR Lens Technologies
Adding to a long legacy of renowned optical excellence, both lenses feature the most advanced NIKKOR lens technologies, including the addition of Nikon’s exclusive Nano Crystal Coat to further reduce instances of ghosting and flare; an essential feature for capturing outdoor sports or action under the lights. Both lenses also incorporate Nikon Vibration Reduction (VR) technology, affording up to four stops of image stabilization*, with automatic tripod detection to counteract vibrations when mounted on a tripod. For pros shooting fast and erratic moving sports or subjects, using the SPORT VR mode will yield a more stable viewfinder image whether handholding the lens, using a monopod or even when panning.

For enhanced durability, both lenses are sealed and gasketed against the elements and have a fluorine coating on a front protective meniscus element to make it easier to remove dirt, moisture and smudges from the lens surface. For shooting from extreme distances, the new lenses are also compatible with select Nikon teleconverters** that provide photographers with the ability to autofocus up to f/8 with many Nikon professional DSLR bodies.