Canon has just unleashed the beast on the entire world with the announcement(s) of the 5DS and 5DS R DSLR cameras. Clocking in at 50.6 MP, these cameras are poised to be in the hands of portrait and fashion photographers as soon as they are released.

Let’s jump into the specs first before I stick my two cents in:

This camera sounds like it is going to be a power house of image quality. Think of a regular 5D Mark III, now rip out the current sensor and cram in a massive 50.6 megapixel one. The major question in my mind is who are these cameras for? Why didn’t they just release one camera without the low pass filter? Isn’t this what Nikon did with the D800 and D800e before settling on one camera without the low pass filter, the D810? 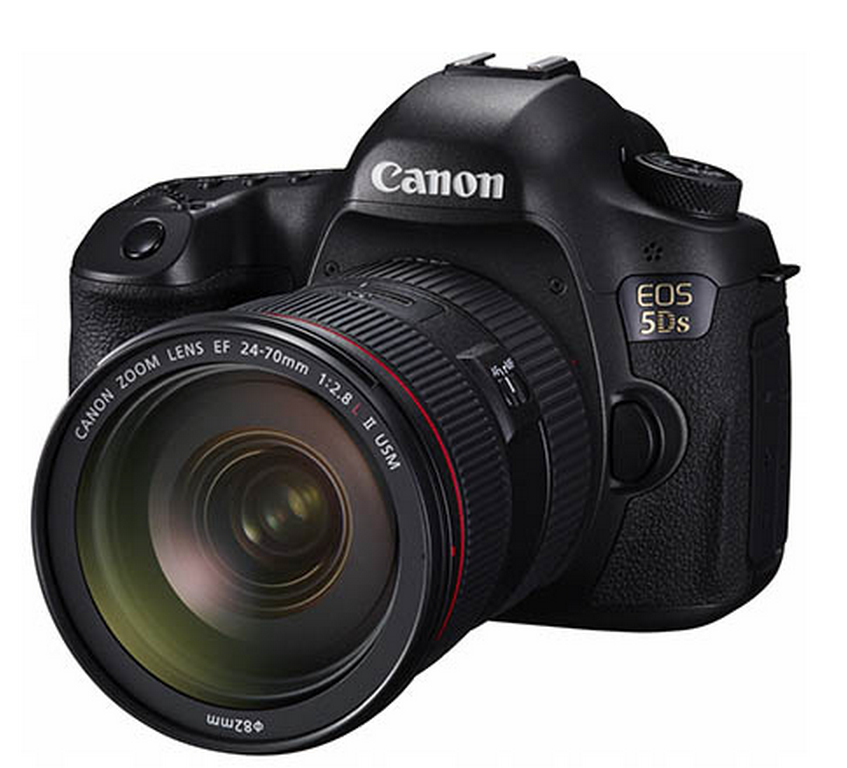 Who is this camera really for? The specs line up very well for someone who shoots portraits, does studio/product photography as well as fashion where every pixel counts. Would you use this on a wedding? Does it give you enough ISO to use at a wedding or are you better of with a lower megapixel, higher ISO camera? I personally would have no issue using this camera for portraits and candids, but if I was faced with a low light situation, I would be hesitant.

If anyone is wondering why the ISO range does not go higher, it has to be due to the amount of megapixels squeezed onto the sensor. My biggest question is why does it not natively go down to 50 or 64 ISO? If image quality is what matters and this is a studio / portrait camera, you would really want the lowest ISO possible. If I had to guess though, if they were able to get it to 64 on the low-end, the high-end may have only been able to reach 3200 and that would be a deal breaker for most people.

One of the most puzzling options in my opinion is the 1.3x and 1.6x crop modes. In what situation would you find that this particular camera needs more reach? Isn’t the point to use all of those 50.6 megapixels on the sensor? This isn’t a sports camera, you don’t need more reach to bring the action closer to you. This also isn’t a camera that an every day amateur is going to go out and buy, so most likely the pro’s purchasing it will have all pro gear to put on it. This mode may make more sense in something like a 1D X or even in a 5D Mark III for that matter.

I absolutely love the Flicker-detect (Anti Flicker) feature in this camera. Just last night I was shooting photos with my D4s backstage at a comedy club when I snapped off two images, one after the other. One has this bright light almost like a flash went off and the second one looked extra dark. What must have happened is the camera caught a flickr of the lights. If I had a camera with flicker detection, that most likely would not have happened. 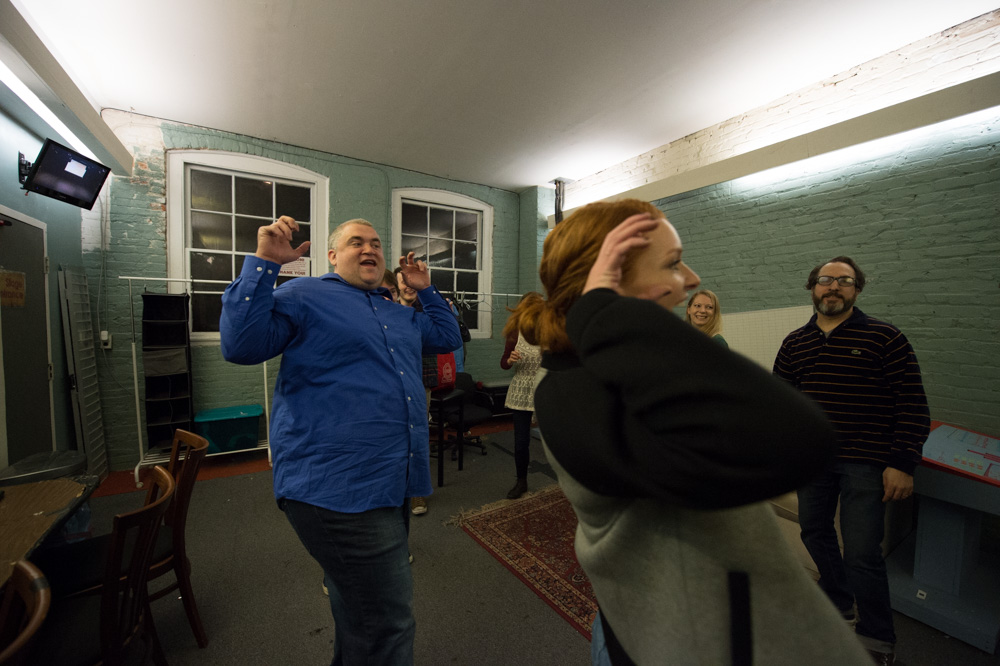 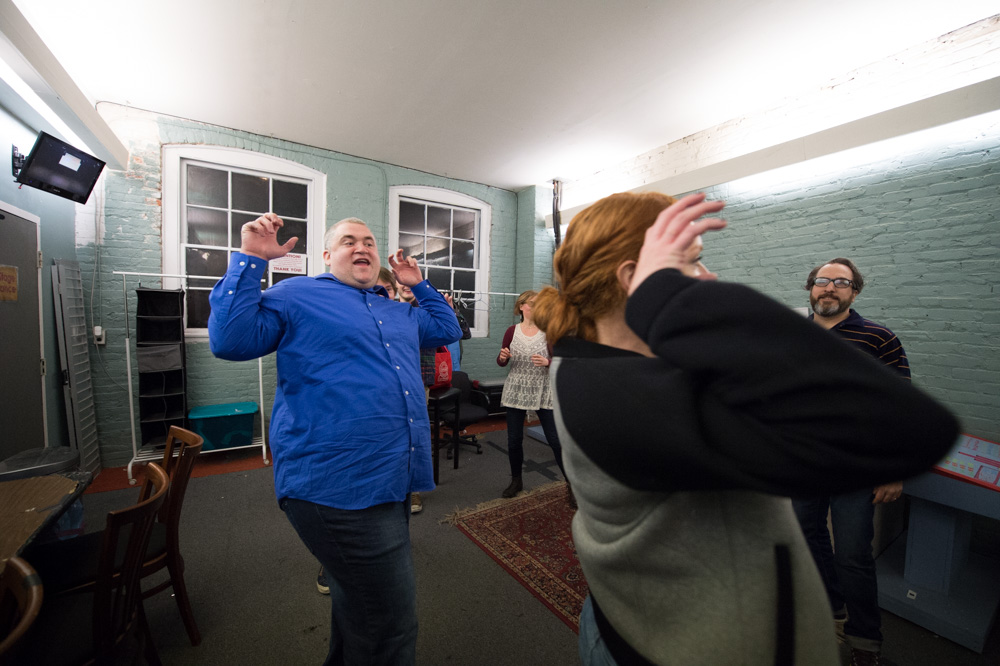 Should you buy this camera? The real question comes down to what do you shoot? Are you a wedding shooter who needs solid portraits and low light capability? Do you shoot sports, concerts, video, or pretty much anything? The bottom line is the 5DS and 5DS R are going to be fantastic cameras for those who need what it offers. But if you are a jack of all trades, it’s probably not for you.

If you are looking to shoot video, this camera is not for you.

Canon finally announced the long anticipated 11-24mm F4L USM lens. This is a fantastic range that goes even wider than the Nikon 14-24mm. The trade off though is it’s an F4 and not a 2.8, and still costs more than the Nikon 2.8. Is that a deal breaker, or is a 2.8 not really needed on such a wide angle lens?

From what I am told about this lens from people who have seen and used it is that the lines are extremely straight at all focal lengths. I don’t think it’s a deal breaker that the lens isn’t a 2.8 as when you shoot wider you don’t tend to need the 2.8. The major concern here is the price tag of the lens.

I put my order in for this lens at AllensCamera.com so hopefully I get the first one that walks in the door!

Maximizing the potential of the new 50.6 megapixel sensor – for the first time in an EOS camera the low-pass filter effect in the EOS 5DS R model is cancelled. The cancellation of the low-pass filter helps deliver sharp images, squeezing the most out of every pixel. Both models provide attractive options for medium format shooters especially when coupled with a wide array of over 70 creative Canon EF lenses to choose from.

“Canon is always looking to deliver the absolute best in image quality and push our technology to the limits. These cameras deliver on that pledge, providing photographers with two new incredible tools that will enable them to make the most out of every shoot,” said Yuichi Ishizuka, president and COO, Canon U.S.A., Inc. “As photography becomes more specialized and more images are captured than ever before, the burden is on the photography equipment to keep up with the demands of today’s artistic talents. These new camera models will provide many photographers with new options to deliver their vision to clients, fans, and the world.”

Built to Maximize Sharpness
In addition to the 50.6 megapixel full-frame image sensor and Dual DIGIC 6 Image Processors, both cameras include a 61-Point High Density Reticular AF array including up to 41 cross-type AF points and EOS iTR AF for high precision autofocus. They also include the EOS Scene Detection system featuring a 150,000-pixel RGB+IR 252-zone metering sensor that provides enhanced precision and performance.

In support of such a high-resolution imaging sensor, the EOS 5DS and EOS 5DS R cameras were designed to minimize camera shake and significantly improve stability via a reinforced chassis, baseplate and tripod lug to improve rigidity. Canon also re-designed the mirror vibration control system to help reduce mirror bounce and camera shake. To help maximize stability and minimize vibrations, Canon added a new Arbitrary Release Time Lag Setting in Mirror Lock mode in both models. In addition to the standard setting (press the shutter button once to lock the mirror, then again to release the shutter), the EOS 5DS and EOS 5DS R cameras offer new setting intervals of 1/8, 1/4, 1/2, one and two seconds, releasing the shutter after the selected preset delay, allowing potential camera vibration to dissipate before shutter release.

A new Picture Style called “Fine Detail” has been added to enhance the sharpness of JPEGs and EOS Movies with three new settings: Strength, Fineness and Threshold. With such abundant resolution on each sensor, both models also provide two cropped shooting modes, while still delivering high-resolution images 30.5 megapixels for the 1.3x mode and 19.6 megapixels for the 1.6x mode. The available crop options are visible as a mask or an outline in the viewfinder; so shooters can know exactly where to frame their subject.

Capturing the Action
Like the EOS 7D Mark II, the EOS 5DS and EOS 5DS R cameras feature an advanced AE system that can detect and compensate for flickering light sources such as sodium vapor lamps that are often used in gymnasiums and natatoriums. When enabled, this anti-flicker system automatically adjusts shutter release timing to help reduce disparities in exposure and color especially during continuous shooting. And new Auto White Balance settings include Ambience Priority and White Priority (for use when shooting under tungsten lighting).

The EOS 5DS and EOS 5DS R cameras continue the EOS Movie tradition with the ability to shoot in 1080p Full HD up to 30p or 720p HD video up to 60p. A creative Time Lapse Movie function, a first for EOS cameras, takes a continuous series of still photographs and automatically combines them in camera into a Full HD movie file. Interval adjustments can be set from one second to 99 hours, 59 minutes and 59 seconds. The number of shots possible range from 2 to 3,600 with a maximum of two minutes and 30 seconds of playback time. In addition, high-speed continuous shooting up to five-frames-per-second (fps) at full 50 megapixel resolution allows users to capture fast action.

Availability
The EOS 5DS and EOS 5DS R Digital SLR cameras are scheduled to be available through authorized Canon dealers in June 2015 for estimated retail prices of $3,699.00 and $3,899.00 for the body only, respectively.