Yes the title is a little harsh but it’s true. I took one of my personal favorite photos ever only to realize that it’s not TACK SHARP, heres the story.

The other night in Cologne Germany we had a FrotoMeetup at the Dom at 8pm. I knew it was going to be dark and a few weeks ago I woke up with the idea to have everyone turn on the led from their cell phone to light their faces.

I borrowed a tripod that someone brought, set up the shot vertically, locked focus in the middle, set the timer and let it rip. The results were great, the image was tack sharp even at 4000 ISO with the Nikon D810.

Just after I took the photo and started to break down the tripod, I noticed lights shining on the Dom. This was really a random mircarcle that was going to transform the picture. I quickly put the camera back on the tripod and attempted to set it up similar to what I had before. When I tried to get the autofocus to work this time around, it would not lock in. Since it wasn’t locked in I decided to use the live view to manually focus.

I get everyone set back up with their phones out, pressed the timed released to take a photo in 10 seconds every .5 seconds for 5 images and rushed into the shot. The problem was my focus was not perfect. I did not know this until I was able to take the file and put it onto the new laptop.

Let me dive a little deeper into this. The reason I am pointing out that I missed the focus ever so slightly is I did not want people to say it was a camera issues with the Nikon D810, it was human error, my error.

With that said I am not sure people would have noticed it wasn’t tack sharp if I did not point it out. Especially when you are zoomed in so far on the file to check the faces.

This is still one of my favorite images off all time and something I am going to print HUGE to hang on my wall. Feel free to DOWNLOAD the two DNG files and post your take on the processing on my FACEBOOK PAGE. 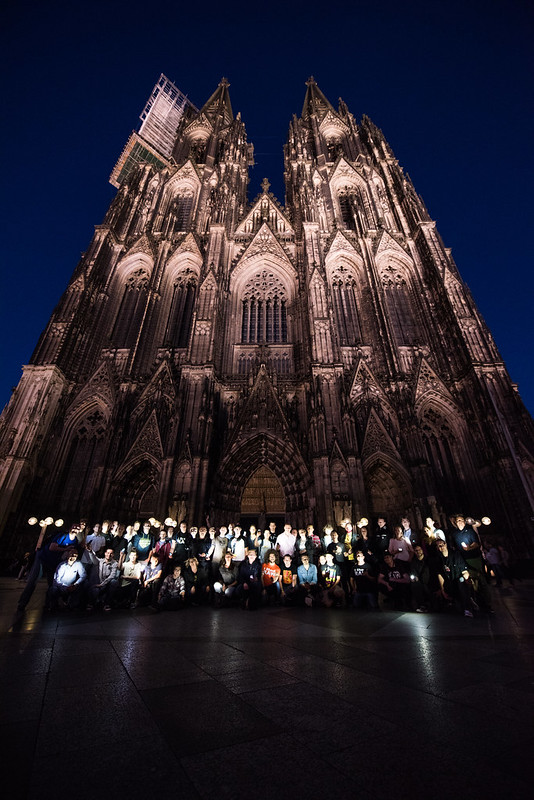