First off we’re back from our week off as Stephen was out at a music festival called Fire Fly. We recap the last few weeks which included Allen’s Canon-Ball and the next few weeks of RAWtalk.

Get a FREE Lens Cloth with your shirt order at store.froknowsphoto.com when you leave a comment in your order that says “Stop Being Weird Noah”.

I got some new toys to play with, Photo News, Sugru, Ask Us Anything and more.

The world’s oldest working photo studio has officially closed its doors after 176 years of operation. Built in 1863, Bourne & Shepherd was Asia’s first and the world’s longest running photography studio. Jayant Gandhi, who’s leased the building since 1964, has been in a lengthy legal battle with the owners of the building, the Life Insurance Corporation of India (LIC). He says, “We only had the building on lease, and due to a space issue and a discrepancy on the rent, they wanted it back. We filed a case in 2002 and finally lost the battle to the court order.” He goes on to say, “I am sad that it is gone, but in the end, there are some things that are out of one’s control.” RIP. (via PP) A rare Birns and Sawyer 1000mm f/4.5 Omnitar lens that was made for NASA back in 1964 will soon be up for auction. Current owner Jim Headley—who has been a camera collector for 34 years—acquired the lens nearly 20 years ago after a close friend closed up his camera shop and needed to get rid of it. This thing weighs a whopping 70 lbs, has a 10-inch diameter, is about four feet long and has a lens shade that is about the size of a small trash can. He notes that it takes 2-3 people just to get it out of the car, and that he can’t do much with it without suffering from back pain—the main reason he’s getting rid of it. The giant lens comes complete with the original case, a special rolling tripod designed to hold it, and all of the initial NASA ID tags. To use it, he built a custom mount to hook up his Canon EOS cameras to it. He currently uses a Canon 40D to shoot with it, making it a 1600mm equivalent lens. He’ll be selling the lens this Fall through R&R Auctions in New Hampshire. No price has been mentioned just yet, but based off other similar auctions, he believes it’ll go for over $70,000. Check out some sample photos he took with the lens here, that range from objects that were shot two miles away to 20 miles away. Headley notes that seven miles away is the sweet spot for the lens; whoa. Are you interested in a NASA-owned 1000mm lens? Interested parties can contact Jonathan Siefken at 603-732-4280 for details. (via PP)

Apple iOS 10 To Have RAW Support

Apple is officially bringing RAW photo support to iOS 10. After the new iOS was announced at the recent WWDC presentation, photographers spotted the “RAW Photo Editing” text that was somewhat hidden in the background of their update slide for “Developers.” There was no specific mention throughout the entire keynote of the new raw support—are they trying to keep it a hidden feature? Developers who have taken a look at the release notes say it will let you shoot RAW straight from the camera app, creating a DNG+JPG photo set. The RAW capture will be supported by only recent models of iOS-enabled devices though and only by their back cameras, including the iPhone 6s, 6s Plus, SE and iPad Pro 9.7-inch. The public beta for iOS10 will officially launch in July. (via Reddit) This Timelapse Through Europe Consists of Over 300,000 Still Frames

A new 4K timelapse by photographer Paul Richardson takes you all around Europe. Entitled “Patience”—which is exactly what this photographer had a lot of—the video took over 1000 hours of shooting to create, and consists of over 300,000 still frames. He notes that every second of video took about seven hours of still photography. Using his Canon 5D Mark III, 7D and 6D, Richardson says, “This video showcases the results of many sleepless nights, hundreds of thousands of photos, and countless hours shooting.” Check out the full 2-minute timelapse below: (via PP)

Introducing the Osiris F1: a new personal automatic film processor. Unlike large industrial film processors, the F1 is compact and affordable, measuring just 22x18x10 inches. However, it has everything you expect from a commercial processor: automatic pumping, temperature control, chemical sorting, liquid recovery and automatic cleaning. Four presets come with the machine which include C41 and E6 processing, along with two custom buttons that can be programmed for negative, positive and B&W film processes. It’ll cost about $759, but there’s no word on if or when it will hit the U.S. market. Currently, it’s only being sold in China and overseas. In the meantime, check out a product video showing how it works below: (via PP)

Speaking of film, Pentax has a new product called the “film duplicator 4×5” which does just that, duplicates large format film, except digitally. The film duplicator allows you to digitize your film, from 35mm to 4×5, by using a DSLR or medium format camera, a flash, and your film. You simply line up your film, set focus and take a photo. It sandwiches the film between two sheets of anti-glare glass to minimize the effect of interference fringe. It also comes with a 4×5 film holder to keep the film flat during duplication work, even when working with warped film. No price has been mentioned yet but it’s expected to sell for about $1200 since the original duplicator that maxes out at 120 film currently sells for a little over $1100. Hasselblad has announced “a game changer in the world of photography” with their new X1D camera. Calling it the “world’s first medium format mirrorless camera”, the camera itself looks to be fairly thin, similar to the Sony a7 mirrorless cameras. It packs a 50MP medium-format CMOS sensor inside, complete with 14 stops of dynamic range and an ISO range of 100-25600. It will come paired with a new line of lenses, called the XCD lineup, which will have a central shutter. Shutter speeds will range from 60 minutes to 1/2000th of a second and the system offers full flash sync all the way to that 1/2000th mark. At launch, a 45mm f/3.5 and 90mm f/4.5 lens will be available. If you’re looking to use your other H System lenses, you will simply need an adapter. Other specs for the camera include a 2.36 million-dot XGA EVF, dual SD slots, a 3-inch touchscreen, built-in GPS/WiFi, USB 3.0 connectivity, a Mini HDMI-out port and it will shoot up to 1080P video at 30fps. Price wise, it will cost about $8,995 for the body only and will begin shipping in August. Check out the full presentation of the camera below. Is this the “game changer” you were hoping for?

A new project called ToothPic (short for “Who Took This Picture.”) is working on a camera “fingerprint” database that could be a major tool in helping photographers fight copyright infringement and photo theft online. ToothPic notes that just like fingerprints, no two camera sensors are exactly the same. They have very minimal differences known as sensor pattern noise, essentially leaving a unique “fingerprint” on every photo taken with it. The team is currently downloading 50 million photos from Flickr and crunching the data with 100 computers for a proof-of-concept. Later this Summer, they’re planning to launch a ToothPic demo: a simple web app that allows anyone to upload a photo and check it against ToothPic’s camera database. They hope to eventually have it built into search engines, like Google. Is this the future of policing copyright infringement? (via HM)

On the topic of copyright infringement, Getty images is suing a man who allegedly sold thousands of stolen Getty images through a Facebook group. The stock agency filed the lawsuit last week, which claims that Walter A. Kowalczuk illegally downloaded and sold 3400 high-res images from their library. They note that he did this by acquiring the passwords of two major Getty clients, then selling them in bulk with a minimum purchase order of 400 images, at $0.75 a photo. Instead of noting that they were official Getty photos, he had a work around and called them “Spaghetti” images when selling them. Getty caught on and actually bought some of the stolen images from him to see how he did it. They were given the same instructions every time: give him the Getty catalog numbers for the images you want, pay, and Kowalczuk delivers the photos through a file sharing site. Getty is officially seeking damages for willful copyright infringement, contributory infringement, computer fraud, and Digital Millennium Copyright Act violations—ouch. Check out a screenshot of one of his “for sale” posts below: (via PDNP) Export Directly to Instagram from Lightroom with New Plugin

A new plugin called LR/Instagram lets you post directly to Instagram straight from Lightroom. With the tagline, “direct from Lightroom to Instagram. no fiddling”, there’s no need for a third party web client. The new plugin simply adds on as a Publish Collections plugin, and will let you export to not only one, but multiple Instagram accounts once you authorize them. Here’s how it works: you install the plugin, add photos to your publish collection, fill in the captions and tags as you would through the social media app, hit publish, and voila. It’s free to download and try out but the creator is asking you to show your support by registering it for $10 directly from the LR Plugin Manager. It’ll work on LR 3.0 and higher along with CC, and works on both Mac and Windows platforms. I can’t believe it took this long for this to become reality! Grab your download here. (via RM) Instagram has officially hit 500 million registered users. The social media giant says 300 million of those people use the app every day. They say they grew by 200 million in the past 18 months and 100 million in the last nine; whoa. Instagram says, “Thank you for your creativity, your openness and your passion for sharing your worlds with one another. We can’t wait to see what you create next.” 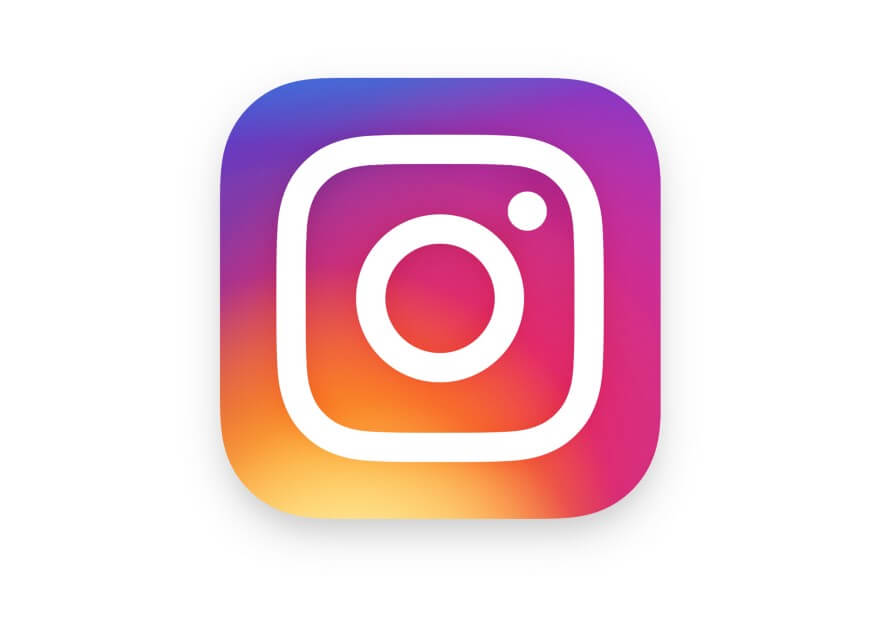 An Interview with the President’s Photographer

Pete Souza—President Obama’s photographer—sat down with BBC Newsnight for a recent video interview to chat about his time as the President’s photographer for the past eight years. He says by the times he’s done with the Obama administration, he estimates that he will have taken nearly two million photos of the President. In the short video interview, Souza opens up about how “you see him [the president] in every aspect of his life,” from the serious national security moments to the playful ones in the White House and around the world. Check out the full video below along with Souza’s images over on the official white house Flickr page. (via FS)

Photoshop has officially released their 2015.5 CC update. There are three new features in this release which include Content-Aware Crop, Face-Aware Liquify, and the Selection and Masking Taskspace. The Face-Aware Liquify tool will automatically detect when there’s a face present and let you highlight individual features to liquify like the eyes, lips, etc. They also note that there’s a 4x performance improvement when working with fonts and Content- Aware Fill features. My question to you Adobe: when will you name the release that actual year that we’re in?!