We did have a light week on photo news but a very heavy week of Flying Solo.

Sit back, grab a drink even if it’s not alcoholic and enjoy this weeks edition of FroKnowsPhoto RAWtalk.

Don’t forget to check out the FroKnowsPhoto 2013 Holiday Sale and Contest.

Here’s all of your photo news for this week:

Not the biggest news story to kick off this week, but thought it should be noted. Canon Japan released a white version of the Rebel SL1 called the “White Kiss” which they’re claiming is the first-ever white Canon DSLR. Unfortunately, however, if you don’t live in Japan, you won’t be getting one. For those that do, it officially arrives on Nov. 28. To find out more information about the camera, head here to Canon Japan’s website. Would you pick up one if you could? 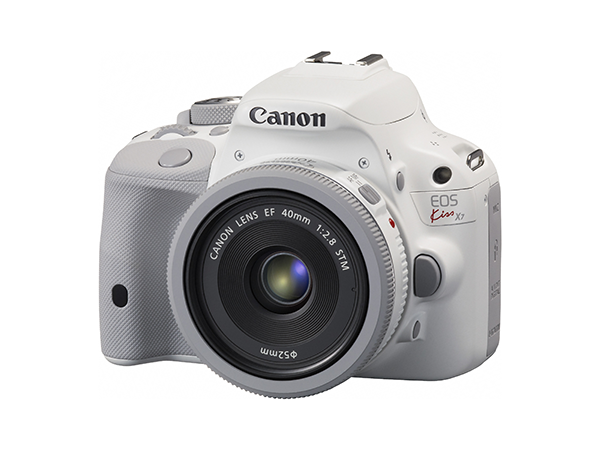 This is incredible: Russian photographer Alexey Klijatov has captured a set of remarkable images of…snowflakes. The best part? His custom rig is no better than a hacked point-and-shoot. The setup consists of a Canon A650 with a flipped around Russian 58mm lens and an LED light–that’s it! Check out the whole set by clicking the photo below via his Flickr page and read about his technique over on his blog, just more proof that it’s not about the gear you have, it’s how you use it! (via FS)

Since ‘The Hunger Games: Catching Fire’ is coming out this week (11/22), I thought this would be good to bring up. Behind-the-scenes footage of the making-of the film is now online along with various b-roll. I like showing you guys these videos, because if you’re into filmmaking, you get to see how much effort actually goes into creating these blockbuster films. A majority of the footage was shot with the Panavision Panaflex Millennium XL2, which they then switched to the giant IMAX camera to shoot the rest of the movie once they enter the arena. Really interesting stuff for those that are either film buffs are casual shooters. Take a look below:

’60 Minutes’ did a wonderful segment on GoPro CEO & founder, Nick Woodman, this past week which is definitely a must-see. I know Jared personally gave it two-thumbs up; check it out below, where they dive into how he started the whole thing: (via The Verge)

Speaking of GoPro, a crazy POV video of two planes crashing in mid-air was captured by the skydivers on board of the actual planes that had mounted GoPro’s on their helmets! Nine skydivers total jumped out of the planes when they collided, who all lived by the way, along with the pilots who thankfully had emergency parachutes. Just another miracle caught on camera, which could’ve ended up in tragedy… (via NN)

Apple’s own Johnathan Ive, along with fellow designer Mark Newson, gives you a little bit of insight into how he came up with the specific design for the one-of-a-kind Leica M RED edition camera that’s going up for auction this week. Better yet, Bono’s also featured in the video since he runs RED, and all proceeds from the auction are going to help fight aids through RED’s on-going campaign. Give it a watch below: (via LR)

This is pretty neat, yet expensive. A new camera ball called the Panano captures interactive 360-degree images in mid-air. Launched via an Indiegogo fundraising campaign last week, it features 36 cameras in a softball sized shell. The cool part is that the ball actually calculates when the peak height is reached when thrown in the air and triggers the cameras to go off all at once. The images are then stitched together in a 72 megapixel 360-degree panoramic image that can be downloaded wirelessly to your smartphone. The sample images say it all, this would be good for say a party, or when you’re in an area that you just can’t seem to get the right angle since you’re limited to height. The crazy part? They’re asking for a whopping $900,000 to get this project started. A donation of $500 gets you a preorder if you’re willing to help out. The brand is already up to $325,000 at the time of writing this article and still has about a month and a half to go. What do you think? (via Mashable)

More proof on why you should always keep a distance when shooting animals: A photographer got himself into a scuffle with an elk that was all caught on video recently. The incident happened in the Cataloochee Valley of Great Smoky Mountains National Park, wherever that is…The photographer was photographing the elk at a respectable distance when the elk had enough and headed over to say hello. The animal proceeded to head-butt the photog a few times, looking like he was going to charge at any minute. The whole thing lasted several minutes which you can watch below. My thoughts are why didn’t the guy run, and why didn’t the person who caught this on video help him out? Common sense people! (via IR)