Introducing my NEXT Camera the Nikon D4s: RAWtalk Episode #074

It is always an exciting day when Nikon officially announces their latest high end DSLR. That is why we take the first part of this weeks show to discuss the Nikon D4s, my next camera.

Yes I will be selling my D4 and purchasing the D4s as soon as it comes in. I got over all the important specs of this camera and explain why I will be upgrading it.

After that lengthy discussion, Stephen and I jump into all of this weeks Photo News of which there is a lot. We revisit the Color Run Debacle as there was finally a resolution to the situation. Also for some odd reason Max’s father made a video just for Stephen and I thanking us for our support though I am pretty sure we didn’t exactly back his son.

This weeks gear of the week was something that was left at my place after the filming of the next video guide was finished.

Speaking of the NEW GUIDE, if you would like to stay up to date on the FroKnowsPhoto Guide to DSLR Video you can sign up t FroKnowsPhoto.com/dslr-video-guide . I will be rolling out behind the scenes footage and photos as I gear up to release it in the next few months. A few people on this list will be selected to be the first to check out the new guide as I need people to review it.

I want to thank AllensCamera.com, RODE Microphones, Atomos and Squarespace for their support. I also want to thank everyone on the Wheel of Fro.

And now here’s all of Stephen’s Photo News stories in detail:

Sandisk has officially announced what they’re calling the “World’s fastest SD Card”–the SDHC/SDXC UHS-II card. It has blazing fast write speeds of 250 mb/s with transfer speeds of 280 mb/s, which is about three times faster than current cards; woah. It’s UHS Speed Class 3-enabled which allows 4K video recording that the DSLR market is slowly rolling out. It offers the highest video performance available with minimum video capture of 30 mb/s. Now there is one caveat though, the pins are different than the standard SD card so Sandisk also announced the SanDisk Extreme PRO SD UHS-II Card Reader/Writer, the World’s first SDHC/SDXC UHS-II memory card reader/writer. Keep in mind, you need to use this in order to retrieve the data from the card. The new card will be availabile in April in 16GB to 64GB capacities at $119.99 to $299.99 price tags, with the card reader weighing in at $49.99. Will you be picking one up?

Here’s some bummer news: PocketWizard has laid off as many as 20 of its 50 employees (nearly half their staff) due to low sales figures. Really? I thought everyone bought PWs! Apparently not. Lighting Rumors cites an email by PocketWizard CEO Tim Neiley in which he admits that the company “has reduced staff.” Supposedly competition from Chinese brands has forced the company to fire the employees over the course of two rounds of layoffs. Hopefully they’ll get back on their feet soon… (via LR)

FIAT has released a new amazing ad that features their 500c car made up of body-painted people. They sure took their motto “made of pure muscle” and made it literal. The image features 15 circus performers, acrobats and artists, turning them into a car without the help of Photoshop. The shoot was done by photographer RJ Muna, along with the help of body paint artist Craig Tracy, and took five whole days to complete. The car company even released a behind-the-scenes video showcasing how they did it, it’s quite remarkable.

A U.S. law firm is in the process of filing a class action lawsuit against Nikon for the D600’s sensor dust and oil spot issue. Lieff Cabraser Heimann & Bernstein, a law firm with offices in San Francisco, New York and Nashville, is currently collecting complaints from D600 users. Here’s what they’re saying:

“Nikon did not identify the cause for the debris buildup on the D600 sensor, nor acknowledge, as many consumers have alleged, that this is a widespread problem with the camera. To eliminate the unwanted and distracting spots in their photos, D600 owners have had to repeatedly send the camera to service technicians for cleaning at great inconvenience and cost.”

There’s a whole contact form on the law firm’s website as well with information about the suit for those that want to add their two cents and possibly get way more than two cents back in return. (via NR)

There’s a new mobile app by Dire Studio called Mark II Artist’s Viewfinder that lets photographers and cinematographers use their favorite viewfinder via their mobile phone. The app simulates hundreds of camera viewfinders and lens combinations all on the screen of your iPhone. There’s even a quick control screen that features autofocus lock, autoexposure lock, a customizable function key and more. With over 620 camera viewfinders (!), the only gripe I have with it is that it costs a whopping $25 in the App Store! Will you be purchasing it?

A photographer named Kathy Shea Mormino is in an ongoing copyright battle with Survival Magazine for the unauthorized use of one of her images. Mormino owns the website The Chicken Chick and also doubles as an attorney. The magazine used her image as the cover photo for their Facebook page without her consent, which is the image of various chickens around eggs. The magazine even removed her watermark which is a big no-no. Mormino first politely asked the magazine to remove the image via a Facebook comment, which the magazine then deleted (see screenshot below for proof). She then filed a copyright infringement complaint to the social media giant which was carried out a few hours later. Now according to the magazine, she filed “about 10” take-down notices for posts that had nothing to do with her, her watermark wasn’t removed, her photo was removed immediately after they found out about the infringement (not from her, but from Facebook, they claim she never got in touch), and her reaction was all around “malicious.” Hmm…Now Kathy has a SCREENSHOT of her Facebook comment for proof and she has a nasty email that someone from the magazine sent her in which they called her an “asshole” several times, accuse her of filing several fake takedown notices and say that they will be suing her and contacting all of her sponsors. You can read both sides of the story in detail over at Ad Week. Interesting. Who do you believe? (via AW) 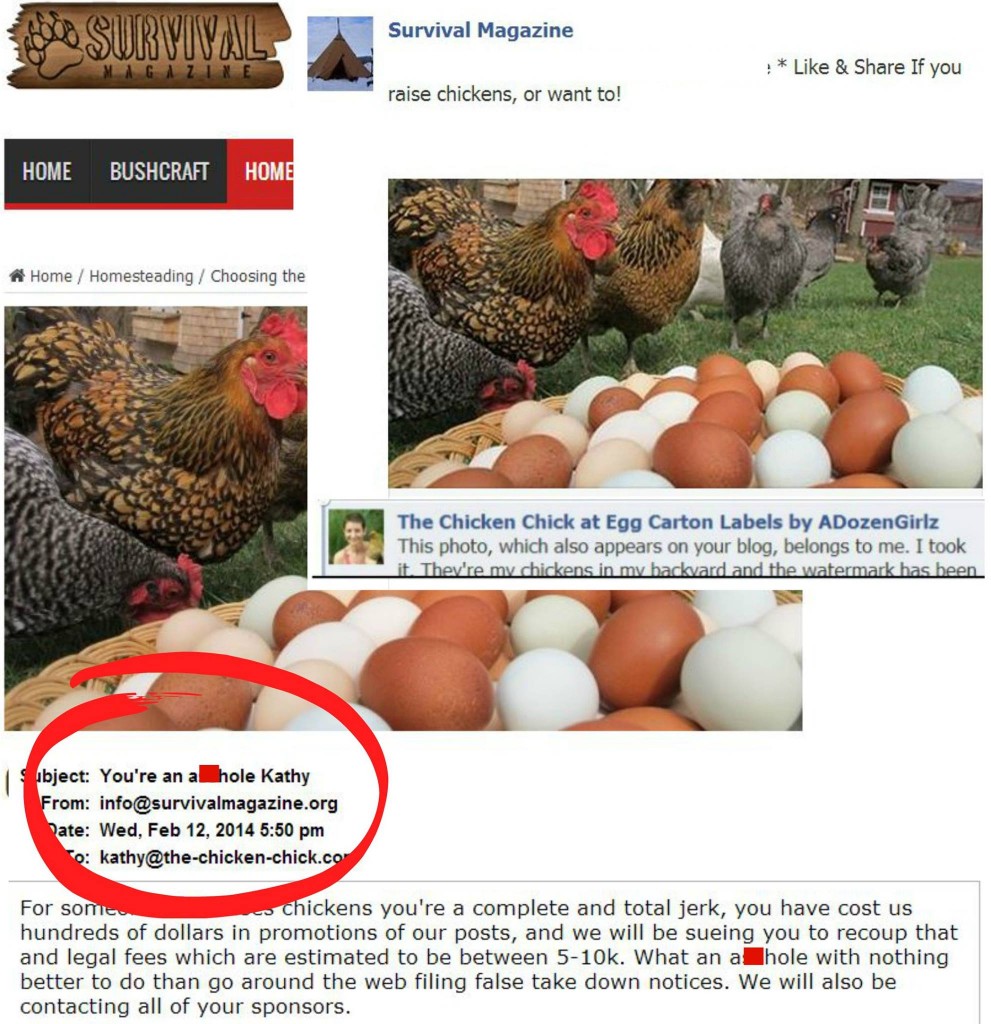 Ohh la la. A behind-the-scenes video showcasing how a photoshoot with Kate Upton went down in zero gravity for Sports Illustrated is now online. Photographer James Macari photographed her with his assistants on the “vomit comit” in zero gravity. There wasn’t much to the shoot beside a DSLR and an on-camera flash pointed directly at Upton (so much for a “photo shoot”). It’s a really funny video because once they go zero gravity they’re all bouncing around, it’s pure chaos. This had to be extremely difficult to shoot, they should’ve been tied down or something. Check out what I mean below and head on over to Sports Illustrated for the final images. (via SG)

With top-level domain names like “.com” and “.net” being registered each day, ICANN–the company behind managing domain names–has been releasing more and more top-level domain names, with now new photography term names coming to light. As of this month, ICANN released six new domains that are specifically linked to photography including “.photography”, “.gallery”, “.graphics”, “.camera”, “.lighting” and “.equipment”. Ranging in price from $16/year to $35/year, the domains are now available from widely used and trusted domain registrars. However, since people fear change, most of the registrars are offering discounts to the new names too in hopes that more people will use them. Would you ever register one of these domain names? (via LV) 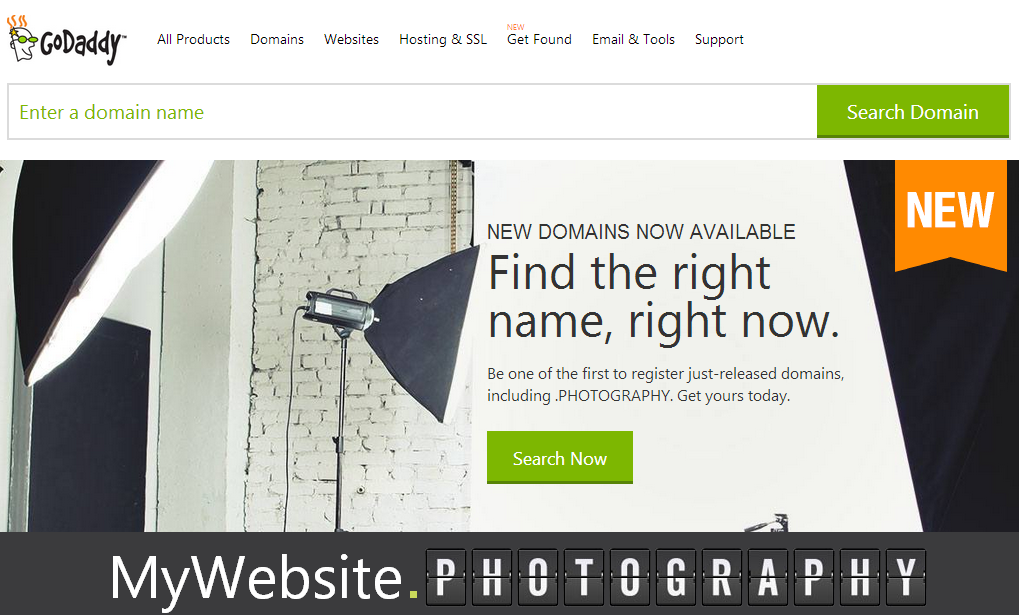 There’s a very interesting new mini-documentary on National Geographic photo archivist Bill Bonner. It takes an in-depth look at their massive vintage photo archive. Bonner is responsible for maintaining about 8 million photographs! The archive is housed in a cold, windowless basement at National Geographic’s headquarters in Washington. According to Nat Geo, he can name you the photographer, location, assignment it was taken on and what was happening in any photograph in that archive. Wow, that man has a great memory…

Buzzfeed released a new video that features average everyday woman being photographed and then professionally retouched in post. The best part is that they actually prefer their before images over the prestine photoshopped ones. Some examples of what they say include how they hate that their freckles were removed–how it adds character, how the edited look is what they used to strive for, but not anymore. Another example of how the world is turning towards naturally edited images. What’s your take on this?

The Atlantic posted vintage photos from the first 12 Winter Olympics. The images date back to 1924 for the first Winter Olympics in France and range to the 1976 Olympics. There are some really interesting black & white photographs (even a couple color pictures thrown in!) that are a must-see. It’s amazing how even then they could capture the fast action! Head over to The Atlantic’s website to check out the pictures.

The Color Run debacle has finally ended with both parties reaching an agreement outside of the court system. From the beginning, The Color Run notes that they had a contractual “use” agreement with Max, which was poorly worded and vague. The founder, Travis Snyder, listed a few lessons that he learned via his final public update which you can read below:

Hopefully we’ve all learned a lesson or two from this. Read Snyder’s full update here and check out our take on it below:

And the biggest news of the week, the Nikon D4S has officially been announced! Check out Jared’s full preview video below and all the specs here. 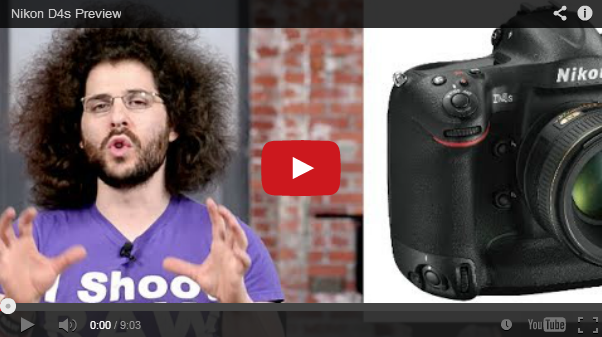