Yes you read that right, Stephen and I recorded our very first Mobile RAWtalk in front of a LIVE Studio Audience.

Forty handpicked guests crowded into Studio A over at CreativeLIVE to listen to Stephen and I record a RAWtalk. I must say that having a LIVE Studio Audience made the show a million times better. The interactions with the studio took everything to an entirely new level.

The best part is when I tell a joke and people actually laugh or on the flip side you say something that falls totally flat and you hear crickets. We ran the show pretty similar to how we run it here at the loft which means Stephen broke out the Photo News and I spent the time interrupting him. We did gear of the week which was the NEW Atomos Ninja STAR which is only $299 and will be finding it’s way into our mobile RAWtalk kit bag.

Being that we don’t have a mobile Wheel of FRO we decide to pre record the wheel spinning and played it back on a TV for the entire ROOM to see. This weeks spinner was our new friend Trevor who acted as our Sutter this week. He reset the cameras and passed out the microphone for the Flying Solo Portion where members of the audience could hit me with some Q and A. Oh yea, the wheel landed on…….

Stephen and I can not thank everyone who drove from near and far to join us for the very first FroKnowsPhoto Mobile RAWtalk. A huge thank you goes out to CreativeLIVE for allowing us to use their studio and a special thanks goes to Aaron from CreativeLIVE for busting is hump to make sure we had everything we needed.

My goal is to take RAWtalk mobile as often as possible. I think you may all agree that this was the BEST RAWtalk EVER!!!!! 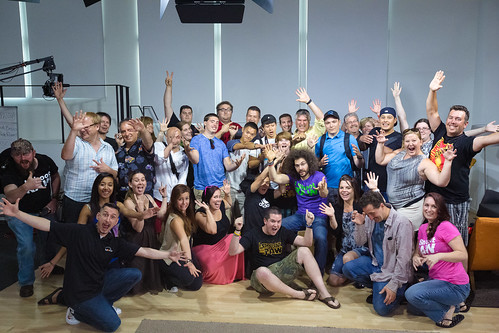 Autonomous Drone Lights Your Subject For You

A group of MIT researchers developed a drone that will automatically light up your subject for you. The autonomous drone provides perfect rim lighting for your subject. This is how it works: the photographer tells it what side they want the rim lighting from. Then, once it’s in position, the photographer dials in the desired rim width of the light by typing in a certain percentage. From there on out, the drone will automatically track the subject and provide the rim light. If the subject moves, the drone repositions and follows it. If the photographer moves, the drone adjusts its position accordingly. Their goal is to eventually have photographers use a fleet of drones, instead of lugging around a ton of lights. Is this the future? (via TC)

Speaking of drones, the NYPD says that one of their helicopters barely avoided colliding with two drones mid-air over the George Washington Bridge. According to the NY Post, the pilot of the helicopter saw the drones last minute–who were supposedly flying directly at the pilot at 12:15am on July 7th–and changed course. They eventually followed the drones to their landing route and ended up dispatching police to that location. Both men behind the drones were arrested on the spot and are arraigned on felony reckless endangerment charges. Now, the air traffic control recording from that night has been posted online and tells a different story. Basically the recording reveals that the pilots have trouble figuring out what to charge the duo with and it seems that they weren’t in danger at all in the first place. Take a listen below and decide for yourself: 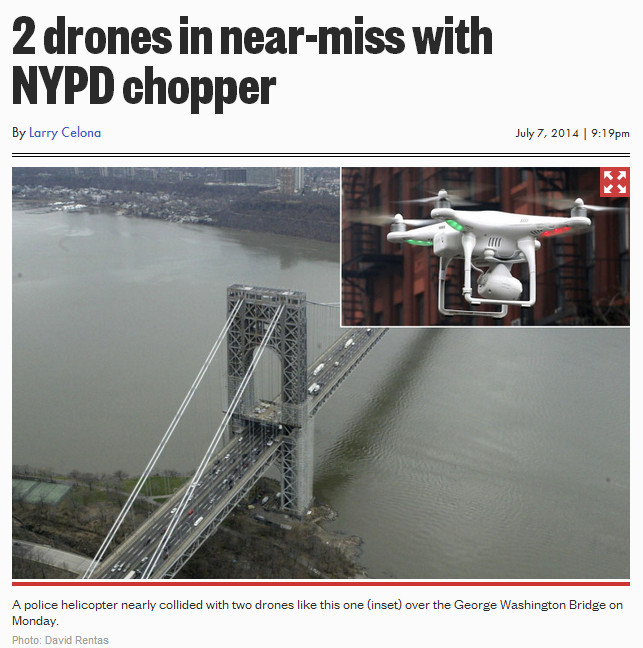 Adobe To Let Users Still Use Lightroom After Subscription Runs Out

Adobe has announced that their latest Creative Cloud update for Lightroom now lets users almost use all of Lightroom’s functions, even after their license runs out. The only modules that won’t be functional include the Develop module along with Maps–apparently they stopped maps since Adobe has to pay Google royalties to use their mapping API so why pay when the person who’s using it isn’t paying Adobe. Now you can still get around the develop module by using the library quick develop module, which is mostly automatic adjustments, but still something. Prior to this, many thought they would lose all use of their images once their subscription ran out, and would be locked out of their catalogs. Problem solved. 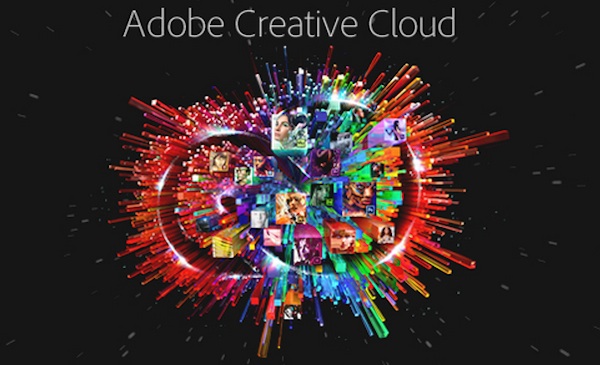 How NOT to Shoot a Wedding as a Guest

This is hilarious: Toronto Star’s Masterglass video series unveiled a new video poking fun at what not to do when attending a wedding as a guest. He recommends turning your beep on full volume, forcing people to move from their spot for the picture, popping your flash every five seconds, jumping in front of the wedding photographer during the first kiss and a ton more. Great tips! (via SLR Lounge)

Behind The Scenes with the Thunderbirds’ Photographer

United States Air Force photojournalist Sergeant Larry Reid Jr. released a behind-the-scenes video showcasing how he shoots the Thunderbirds—I want that job! He goes over how he’s battling g-forces and traveling at 500mph; woah. He shoots with a Nikon D3s and a D3 with a 24-70 and 16-35 f2.8 lens and sometimes a 24-120mm lens, depending on how far away he is from the planes. He also explains how he covers almost everything in black to stop reflections. Check out the video below: (via FS)

Introducing ‘7 Days of Garbage’–People Posing In Their Own Trash

A new interesting photo series showcases the trash problem in America by getting people to pose in a pile of their own week’s worth of trash, gross. Ranging from individual portraits to entire families, photographer Gregg Segal put the whole thing together, called ‘7 days of garbage’. He says “7 Days of Garbage is a series of portraits of friends, neighbors, and other acquaintances with the garbage they accumulate in the course of a week. Subjects are photographed surrounded by their trash in a setting that is part nest, part archeological record. We’ve made our bed and in it we lie.” Click here to check out the full set of images. (via Slate)

Another photo series–a fun take on mirror selfies–a girl made the mirror her own little painted background and environment. Norwegian artist Mirrorsme posted various selfies on her Instagram which range from a Super Mario Bros. theme to Batman to Aladdin and much more. Check out a couple below and head on over to her Instagram for the full set. Creative idea! (via LS)

Selfies Anonymous: Do You Have a Selfie Problem?

On the subjects of selfies, a new parody video called “Selfies Anonymous” features that exactly, “a 12 step group for people who struggle with selfies”–aka selfieaholics. Watch below as the group talks about suffering from shameless mirror selfies, accidental video selfies, shirtless selfies, etc. They also talk about their overuse of hashtags, with one of the guys in the group revealing how he used over 100 hashtags in a single post. The sad part is there are real people like this out there… (via LS)

Timera: The “Then & Now” Instant App

This is becoming just as bad as the constant stories about finding lost cameras underwater. An app called Timera allows users to create “then and now” photographs easily with the touch of a button. The second incarnation of the app was just released which uses a big database of historical images that are geotagged and lines them up with your current location which you then stitch together. It’s a free app that’s available for both iOS and Android. What do you think? Is this the latest fad? (via PP) 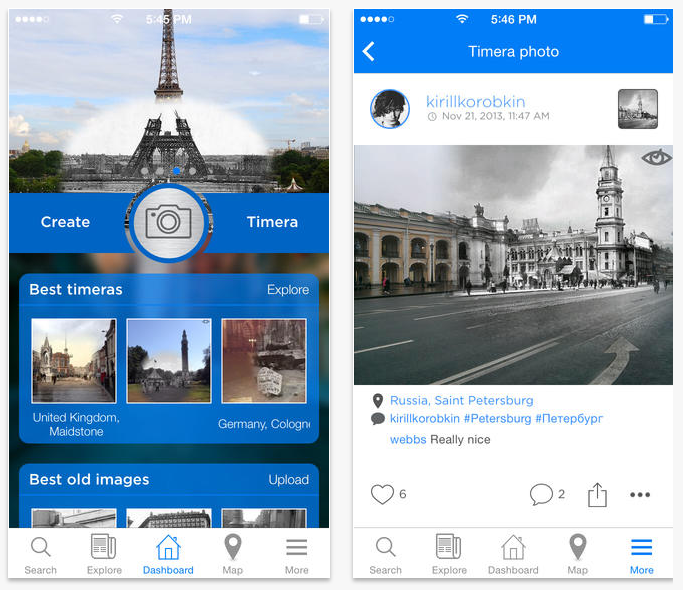 The TSA has announced that those flying to the Unites States from certain parts of the World might be asked to power on their electronics to make sure they’re not hiding explosives inside of them. Now, if it doesn’t turn on, you might have to leave it behind and be subject to an additional security screening. This is basically a call to photographers to always have their equipment charged, whether it be flashes or bodies. According to NBC, the new rules were created in response to certain terrorist threats from Yemen-based al Qaeda in the Arabian Peninsula and the Islamist Nusra Front in Syria who are supposedly planning to blow up an airliner. So far, there’s vague details on the new rules. The TSA hasn’t clarified as to what devices they’re referring to, but it looks like they’re aiming more at cell phones and generic items, there’s also no word on what airports would take part in this. Do you agree with these new rules? (via Engadget)

The first test footage from the new Phantom Flex4K camera is now online, which was shot at RAW 4k at 1000fps and it’s quite amazing. The short film video features a firefighters response to a blazing fire slowed down. The camera itself might set fire to your pocket though, coming in at $110,000. Check it out below; I want one of these. (via DIYP)

This Newlywed Couple Traveled to an Alaskan Cave For Their Formals

And finally there’s a new set of extremely unique wedding photos that were shot inside an Alaskan cave. The photos were taken by wedding photographer Chris Beck, who says they had to kayak out to the site and climb the side of a mountain for the photoshoot, wow. Click here to check out the interesting set. How did they not damage the dress during the commute? (via The Knot)