Right Click Here and save as to download this weeks RAWtalk Podcast. Welcome to another week of FroKnowsPhoto RAWtalk. This week, Stephen and I bring you the photo news from the previews week, including a massive image sensor coming out of China, more goodies from Magic Lantern, a new way to store 360 Terabytes of data and a huge tin-type camera. Joining me this week at the RAWtalk poker table is professional photographer Dom Savini. Dom is a fantastic photographer, who, amongst other things, photographs the Philadelphia Eagles’ cheerleaders. Dom dispenses some excellent tips on starting out in photography and how to book jobs in your career. Finally, I wrapped up this week’s RAWtalk with Rapid Fire Flying Solo session where Stephen put 10 minutes on the clock and I answered as many questions as possible. Don’t forget to subscribe on iTunes or your iOS/Android device to automatically download the latest RAWtalk episodes when they go live. This weeks RAWtalk is brought to you by AllensCamera.com 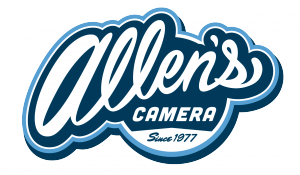 Kicking off the news this week, a new website called Lenstag offers a new concept on how to track your camera equipment. The new service is an online equipment registry that makes it easier to report and track stolen cameras and lenses, so you’re able to check to see if a lens is stolen with ease, making the stolen gear theoretically much harder to sell for thieves. The website was created by Google engineer Trevor Sehrer, and is already backed by BorrowLenses and LensRentals, so hopefully this will soon become an industry standard. Click the screenshot below to sign up (for FREE!) below–how do you feel about it?

Meanwhile, researchers have developed a technique for recording up to 360TB of data onto a glass disk which they’re claiming should be readable for a million years. Researchers at the University of Southampton demonstrated a way to record and retrieve data via a single disk of quartz glass in a way that can withstand temperatures of up to 1000 Celsius and should keep the data stable and readable long after the human race. So I guess it’s good to know that aliens will be able to watch RAWtalk a million years from now…Check out a sketch of the method below which makes absolutely no sense to me. (via SD)

Speaking of storage, a new photo business card solution is being offered by a company called Cartable+Convenience. They specialize in creating credit card-sized, customizable USB drives. Measuring in at about two credit cards thick, the cards fit in your wallet so they’re always handy, and they come in several pre-selected “prints.” You can also send a photo or logo for them to print on the card itself. Some creative options for photographers include storing you portfolio on there, or even use it as a new fun way to hand over your client’s photos. Price wise, it looks like you’ll be spending a pretty penny on each card though: $10 for a 4GB card (custom or otherwise), $15 for an 8GB and $20 for a 16GB, etc–it goes up to 32gb of storage. Would you buy them? (via PP) 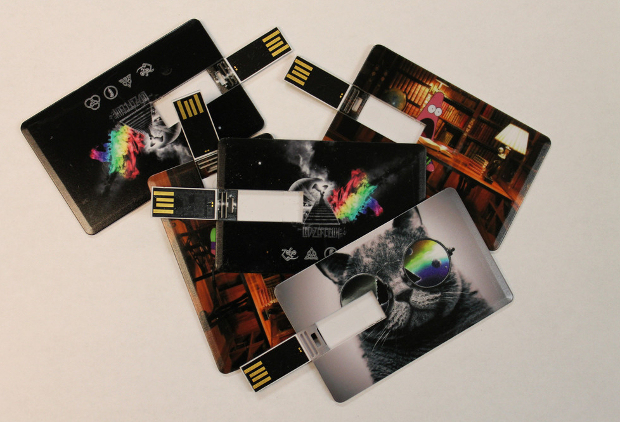 Magic Lantern has yet again made the news this week, they claim to have unlocked three full stops of dynamic range on both the Canon 5D Mark III and 7D sensors which they’re calling “Dual ISO.” Here’s how it works: your sensor samples half of the lines at ISO 100 and the other half at ISO 1600 (or higher) at the same time, creating an image with about 14 stops of dynamic range. Currently, it’s only possible on these two cameras because of the hardware. The 5D Mark III and 7D both have two ISO amplifiers. The chip that samples the image from the sensor is set via firmware to sample the same ISO from all the lines (See the in-depth description via PDF file here). Therefore, the hack allows it to sample half of them at one ISO and the other half at another. Check out sample screenshot comparing the original method along with the new “Dual ISO” version (click the image for the high-res photo): (via P5D) 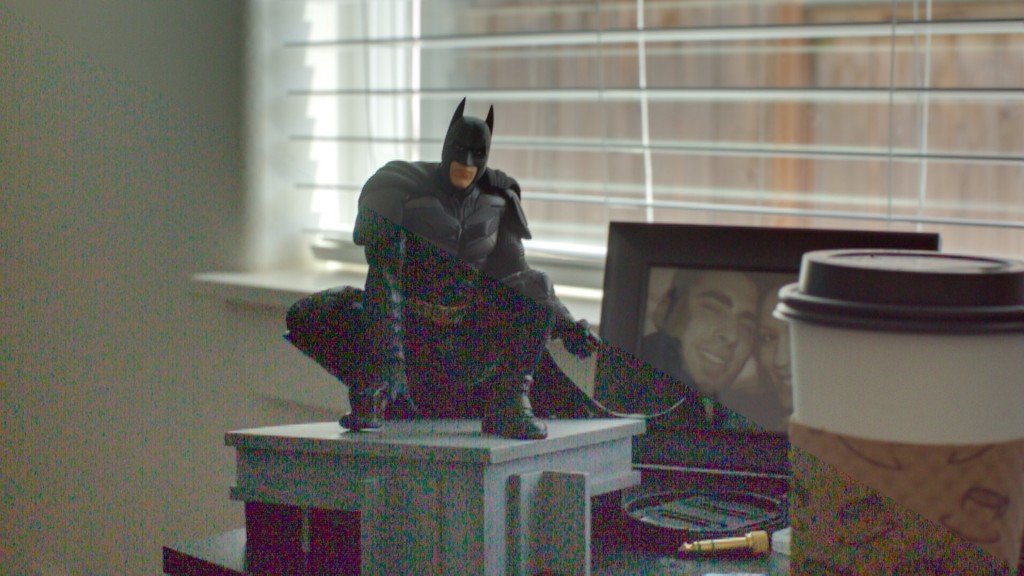 Developers at the Institute of Optics at the Chinese Academy of Sciences claim to have developed a 100-megapixel camera that captures a whopping 10,240 x 10,240 pixel square image. They’re calling it the ‘IOE3-Kanban’ which is the highest megapixel camera in China currently. Supposedly it’s super sensitive and has a high dynamic range so they’ll most likely use it for aerial mapping and disaster monitoring. It’s also very compact, coming it at only seven inches by seven inches–check it out for yourself below: (via PB) 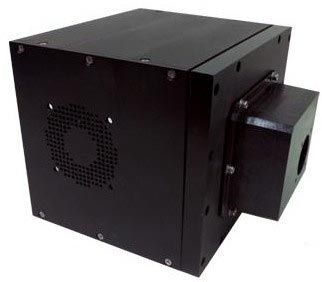 Switching over to the analog side, a photographer named Michael Shindler, built a giant custom tintype camera that shoots portraits that are the analog equivalent of a gigapixel digital photo; wow. The camera snaps photographs on 14×17-inch plates which is also the standard size for x-ray photography. Pretty cool, however it’s pricey to develop: $400 in silver nitrate is only enough to develop roughly 30 plates, so each plate requires over $13 in chemicals alone. For comparison reasons on how they got the gigapixel number: a 35mm film frame contains roughly the same amount of data as a 20-megapixel digital photo. a 4×5-inch frame has the equivalent of about 200MP of information. Shindler’s camera contains roughly 10 times the area of 4×5-inch shots, so they likely contain the same amount of detail as a digital gigapixel photo. Crazy… (via PP) 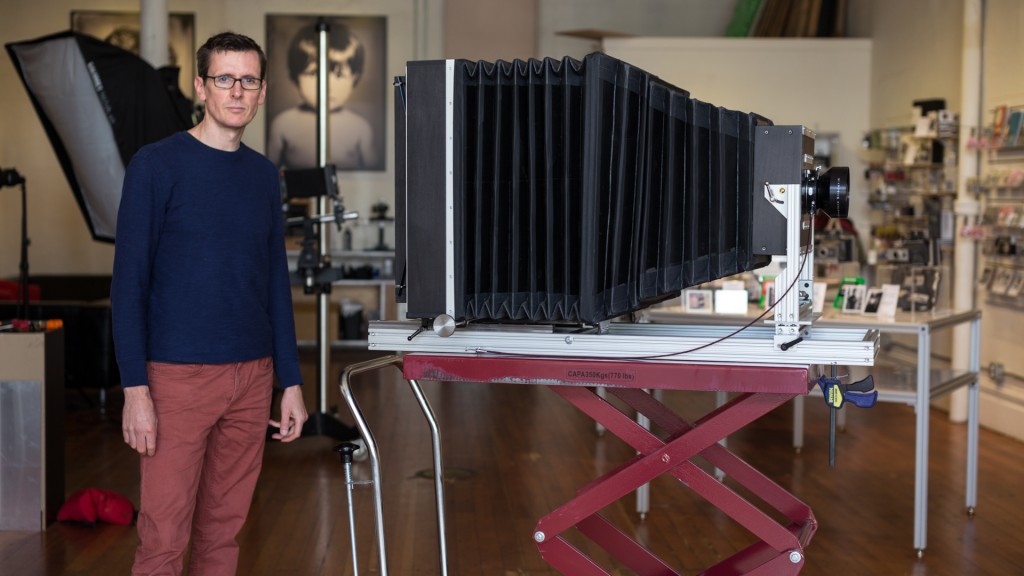 Going back to digital, Toshiba announced its new Exceria Pro series of SDHC cards that will offer the World’s fastest data write speeds. The company is advertising that the cards have UHS-II high-speed standard read and write speeds of 260MB and 240MB per second. 16 and 32GB versions will be offered and will be available worldwide. The cards will first debut in Japan this October, followed by the rest of the World later in the year. Good news, but do any current cameras even support such speedy cards? (via Engadget) 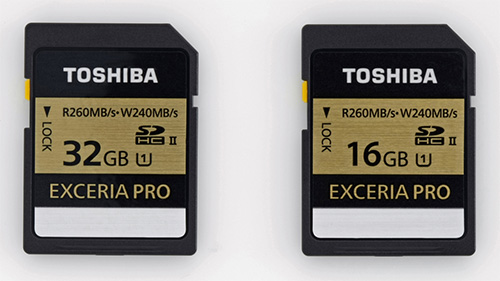 Less than two months after the Chicago Sun-Times closed up its photo department, the domino effect is setting in and a newspaper chain in Georgia has now done the same and shut down shop on their photo team. The chain, called Southern Community Newspapers Incorporated, owns seven papers. The good news is that it isn’t nearly as massive of a layoff as the Sun-Times was, with this one weighing in with a small team of only four photographers. Three will be laid off and one will be kept around to become the company’s videographer. Here’s what the chain’s CEO has to say about the layoff:

“Journalists need to write, shoot video, post on the Internet and edit. The technological advances in the world of digital photography made this strategic move logical. How many photographers need dark room skills to develop film and make prints? Furthermore, it is certainly more economical and efficient to assign one journalist to cover and event in words, pictures and video.”

What do you think? Is he right? Wrong? Hmm… (via The Click)