This Band Used His Image Without Permission, Then Laughed At Him

Rohan Anderson was surfing around on Facebook when he saw an image that looked very similar to one he took of the band The Red Jumpsuit Apparatus. The reason it looked like his photo was that fact that it was. The only difference was they cropped and added a filter to his original image before posting it up on their facebook page with out attribution.

Seeing this Rohan contacted the band asking them to give him credit for the shot and the bands response was not to favorable. At that point he asked them to remove the image and they pretty much laughed at him.

I reached out to him last night and to get his story and see what kind of solution there ended up being. He seems like a great kid and went about this in a much better way than others have done in the recent past.

PetaPixel has a very good write up about the situation right here. 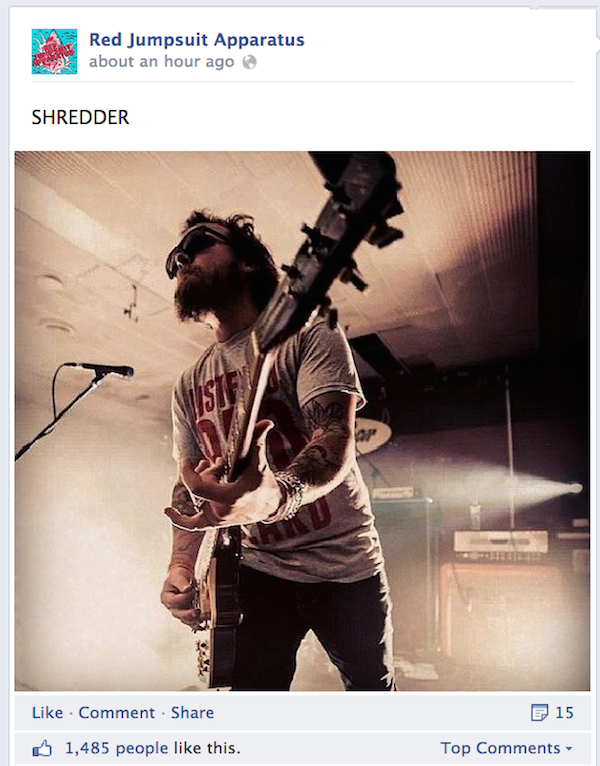