When it comes to purchasing a Full Frame Canon DSLR you are left with a select few options plus one cropped sensor camera. Canon’s current lineup of Full Frame cameras can be considered to be on the old side. The 1D X, 5D Mark III and 6D all are at the end of their life cycle and should be replaced as we move into 2015.

So you are deciding on picking up a new full frame camera where should you start, what questions should you be asking?

Is this your first full frame camera or are you upgrading from a current fx camera?
What is your budget?
Do you already have quality glass?
What will you be shooting?
Are you a hobbyist or a professional?
Are you interested in stills, video or both? 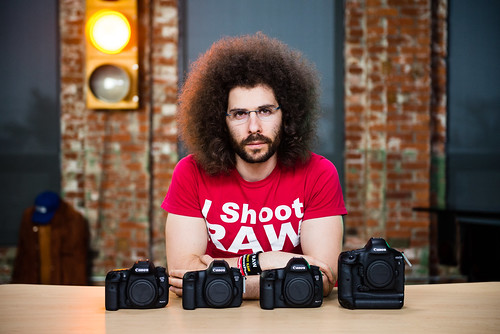 The big question always becomes if you are looking for a Canon Full Frame what should you buy? Should you venture out of full frame into the NEW Canon 7D Mark II or wait for the next generation replacements?

If we take a look at the current lineup you will see that the full frame Canon 6D is priced less than the cropped sensor Canon 7D Mark II. I personally enjoyed using the Canon 6D when it came out a few years back but there were some foibles. One of the issues was that it had only one cross type sensor for auto focus. Where on the flip side the new cropped sensor 7D Mark II has 65 focus points where each one is cross type.

To me full frame is where it’s at for the better low light capability and dynamic range gained with full frame. But if I had to choose between a 7D Mark II or Canon 6D it would be hard to say not to go with the cropped sensor in that case. My ideal camera would have been a 6D Mark II that had more focus points and 8 FPS. But that’s not the case yet and my honest solution right now would be to hold off and not purchase a 6D.

Let’s look at the 5D Mark III now. I consider this to be one of the best all around cameras ever produced by any camera company. Talk about versatility, from weddings, to concerts, to portraits, photojournalism, sports, you name it it can capture it. On top of that the video quality that it offers is insane. Sure it doesn’t do 1080 at 60 FPS just yet but it does everything else video wise and does it well.

Here’s the rub, if you need a new camera today and you are a full time professional this camera would be for you. If you can hold off for a few months I would venture to say a 5D Mark IV will be showing its face in the next few months. I can only imagine how great that camera is going to be when it gets released.

The beast of the bunch is the 1D X, an insane 14 FPS shooting monster. I personally could see using this camera in conjunction with the top of the line glass that Canon offers. I enjoyed shooting this camera when I was testing it out for sports and concerts. It’s probably overkill for most people but for people who need the speed and build quality of a $6,000 camera this one is for you.

With that said this camera is also long in the tooth. It’s a first generation of it’s kind and I would expect it to be replaced in the next few months as well. Like the 5D Mark III replacement I would venture to say whatever replaces the 1D X will be another fantastic camera.

It looks like the moral of the story this time around is that the Canon full frame lineup is on the verge of being replaced. I would rate these cameras as don’t buy unless you absolutely need a body right this second.

That is my comparison of the top end of the Canon DSLR Lineup, if you would like to see my Nikon FX comparison video please click here.