Is any lens worth $6800, that’s the question. This is Nikon’s second version of the 200-400 VR that has been a very popular lens. Second generations tend to mean sharper photos, lighter in weight and better VR.

As you know with my reviews I like to actually take the lens out into real world shooting environments. This time around I shot Maria indoors working out in a very low light situation along with Professional Lacrosse, The Philadelphia Flyers and a High School Baseball game.

Let’s start with the boring stuff. How is this lens built? Like any high end professional lens this lens is built extremely well. It feels great in the hands but I highly recommend using a nice and sturdy mono-pod or tri-pod when shooting. This definitely is not a lens you want to hand hold for a long time (7.4 LBS). With that said I did end up hand holding it in pit at the Arcade Fire Show and you can see the results Right Here.

I love Nikon’s top of the line lenses as they have the Nano crystal coating. This coating means sharper images and less lens flair when shooting towards bright light. All of the Hebrew Trinity lenses have Nano coating and I can tell you even when shooting into the sun you will not see any flair.

The truth is when you spend this much money on a lens you can only expect that it is built well and will deliver the results you are looking for.

Thank you to borrowlenses.com for allowing me the time to play with this bad boy.

Who is this lens for? The people that generally purchase this lens are shooting Nature or outdoor sports. From my experience a lot of Dr’s and Lawyers purchase these lenses because they are the most expensive toys they can buy.

But how does it work in the real world on REAL DEAL photo shoots. Let’s start off with how it worked shooting indoors in a very low light situation shooting Maria. The truth of the matter is not terribly to well. But honestly that is expected, it is a big, heavy F4 lens that doesn’t handle the best in low light. 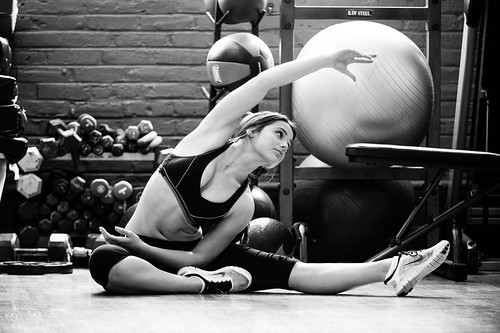 But don’t take that as a major knock against the lens. Most people would use a 70-200 2.8 in the situation where they are indoors in low light. It just shows you again that this lens is not really meant to be used indoors. Any time you have an F4 lens and you shoot at F4 it wont be as sharp as a 2.8 stopped down to F4. So the slight lack of sharpness in low light at F4 is not something I was to keen on.

CLICK HERE FOR ALL THE FULL RES SAMPLE IMAGES FROM THIS LENS.

Next I moved into shooting two indoor sports. First I shot Professional Lacrosse which is not exactly an easy sport to follow. I had the pleasure of standing in-between the benches in my attempt to capture some nice images. 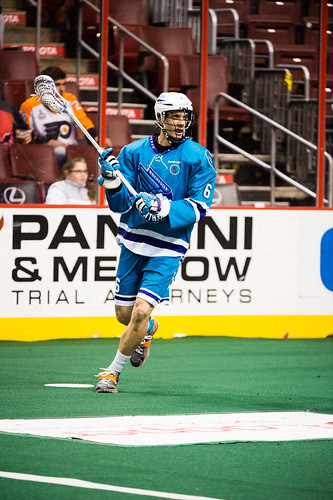 The lens held up very well tracking and continuously focusing on a moving subject. I was able to lop off 14 shots in a row of a player running down the floor all while pulling back on the zoom. Don’t forget, this is a professional high end lens and generally when you pair it with a top of the line body like the D4s you should get some fantastic results.

What I learned when shooting lacrosse is that I found myself shooting no wider than 290mm. That means I never shot it at 200 because there was not enough reach. When shooting the goalie I was able to shoot out around 400mm and capture some great saves. 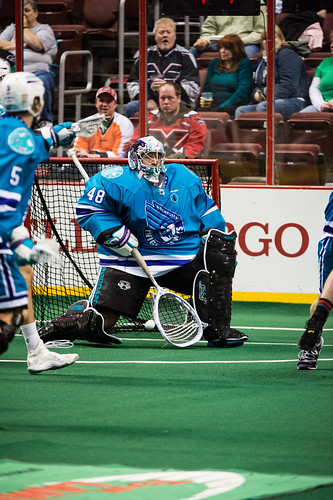 While we are on this subject you have to know the newsiest Nikon 400 2.8 lens that was just announced will set you back $12,000. So this 200-400 looks like a bargain and you have to decide if the tradeoffs are worth it to you. The only people who buy the 400 2.8’s are full time working professionals who are shooting every day.

Next I took this lens to a Philadelphia Flyers game to shoot it from what they call the vomitory. Don’t ask me why they call it that but it’s generally at the entrance to the first level where people walk down. You stand in the opening to the concourse and it’s pretty much like shooting fish in a barrel. 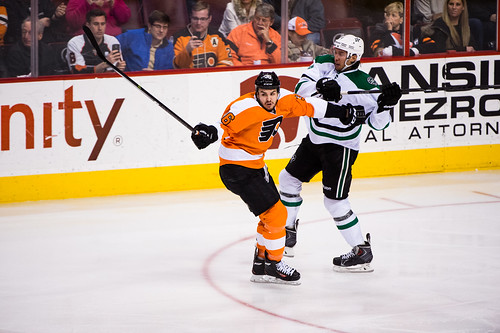 While shooting from there I found myself shooting all the way out at 400mm at F4. Once I locked my exposure in I could focus on capturing the action in front of me. The lens held up well tracking the players as they skated down the ice and crashed the net. It is acceptably sharp and allowed me to reach out and touch the players from so far away. I was able to capture open ice hits, all out rushes down the ice in both vertical and horizontical. 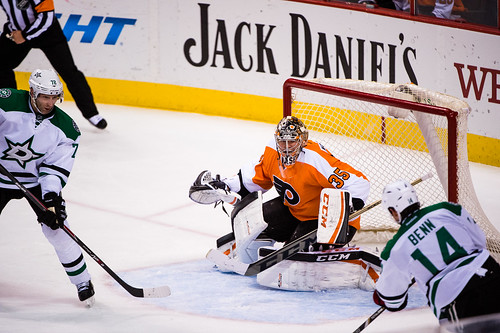 I am very happy with the results I captured at the hockey game. This lens can only be used from up top which means it has a very limited use when shooting hockey. But it is very effective for the use that I put it through. If I had my choice though, I would be using a 400 2.8 from up there because I rarely had to zoom wider than 400.

The last test I put this lens through was taking it outdoors to capture a baseball game. One of the observations I had out there was I spend most of the game shooting around 300mm. I was able to fill the frame with the pitcher and I was also able to fill the frame with the batters. The only time I ventured into the 400mm side of the lens was when I was attempting to capture plays at second base. 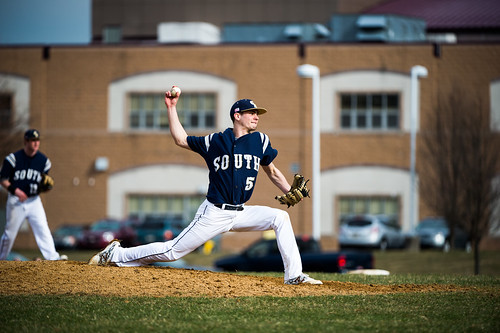 I can tell you that having such a huge zoom range in one lens is a dream come true when it comes to baseball. Action happens so fast in baseball that you have to have the right lens or focal length options to capture the action. Being able to zoom in and out depending on where I was shooting on the field with just one lens is a real bonus.

But here is the rub, when shooting wide open at F4 I felt the lens lacked the sharpness I was looking for. For most people they wouldn’t notice it as much as I did. But when you put this lens in a professionals hands they will notice the lack of tack sharpness in their final images.

In the end what do I really thing of this lens? I think it is a fantastic option, it offers a great zoom range at an affordable price when compared to the 300 and 400 2.8 options. I know when I say affordable at the lens costs $6,800 you may think there is something wrong with me but it’s true, it is affordable compared to the others.

My only wish was that this lens was sharper wide open. I can handle the fact that it’s not a 2.8 but if it was a tad bit sharper I could see owning something like this for shooting outdoor sports and outdoor festival concerts. 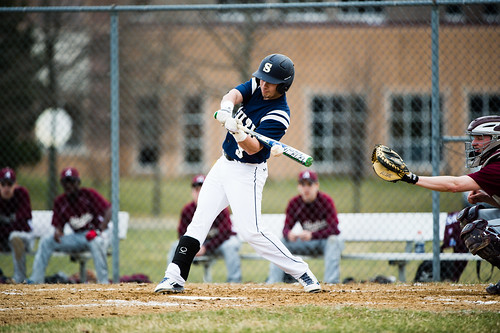