Using a Nikon 200-400 F4 VR II generally is not recommended for shooting from the photo pit of a concert where the pit has 15 photographers and no room. The original idea was that I would order the 200-400 in from BorrowLenses since I would be shooting from the soundboard. Well, that ended up not being the case and I still wanted to use this lens to shoot a concert.

I prefer shooting small to medium sized bands at smaller venues because there tends to be a lot less bs when it comes to shooting. This show was a pretty big band at one of the large venues you can play in Philly. This means a different protocol then normal.

Let me paint the picture for how a night shooting at one of these venues goes. You show up plenty early and head down to the media entrance of the stadium. You walk downstairs and you are held like cattle in a waiting area to get into the downstairs part of the stadium. Now this generally isn’t to bad but with 15 photographers filling up the entire space it can get a little close. 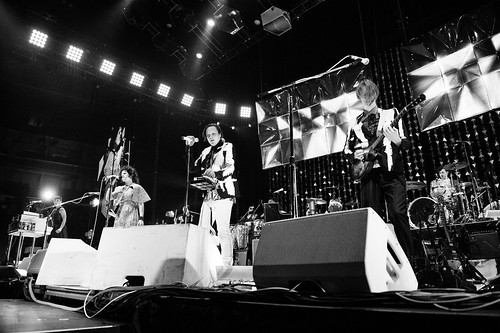 On the flip side it’s always nice to meet and converse with fellow photographers before a show. You trade war stories, talk about gear, talk about the industry and pretty much just shoot the shit.

After waiting for an hour or so a PR person and a PR intern gather you up to take you out to photograph the opening act. It’s kind of like lining up in school to be walked to an assembly. There always is a new intern, these companies love hiring people that they don’t have to pay.

Next they tell you how long you have to shoot the opening act while walking you backstage to out in front of the stage. After your time is up, they gather you back up and toss you back into the holding pen.

We got into the pit and realized there was a partition blocking half the pit. That meant all of these photographers had to be squeezed into a much smaller space than normal. So here we are hanging around in the pit finding our spots trying to not block anyones cameras when we are told we can’t be int he pit yet. The lead us out of the pit to wait by the side because there is a big curtain on the stage that will drop and has to be rushed out our side of the stage before we can go in. 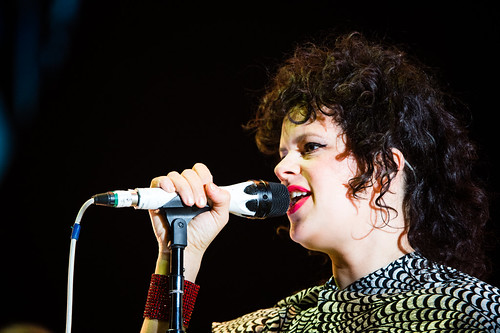 Alright this makes sense but it’s not ideal of course. We only have the normal three songs to shoot so now we worry that we will miss at least half a song. While this is going on we are trying to talk nicely to the five PR people and interns standing around about shooting on both sides of the pit. We are asking if half of us can shoot on one side and half on the other, mind you this is four minutes before the band is supposed to hit the stage. The PR people are yelling at us that they don’t have control and are only doing what the security for the band is telling. All we simply counter with is can you please ask if we can do x y and z.

We were also concerned that we would get shorted a song since the band starts on a totally separate stage at the back of the arena before hitting the main stage we were at. If they counted that as one song than we only would have had two songs to shoot. We were told the first song would not count and we would be able to still shoot our three. 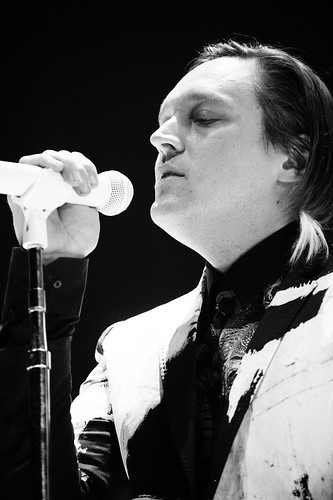 The show starts, the curtain drops, we wait and wait for the curtain to be removed and then we rush into the pit. Between 15 photographers and a video guy who is on a track there is not much room. I squeeze into a good spot, place my 200-400 on the ground near the barricade. One issue was that I still had my backpack on because I had no place to put it. I felt like I was breaking a rule because I was hitting other people with it. But I think everyone understood that there wasn’t any space.

This was not an easy show to shoot, the lights were all over the place and the band is honestly boring. The stage and lighting setup was nice and would have made for better pictures from the soundboard. Starting off I had general settings set that were just a guess on my part. They were not far off but when the lights were changing or not even on the lead singer there is not much you can do.

Some people will say why don’t you use Auto ISO and my answer to that is if there is no light on the singer it’s not going to matter no matter what. But I can say that the auto ISO for video on the Nikon D4s is pretty amazing and maybe one day I will venture into using it. 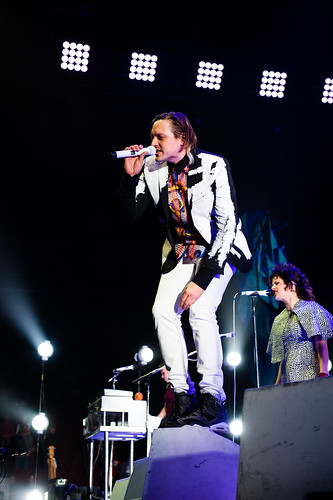 The first lens I chose to use was the Nikon 24-70 2.8 because I figured I could get a few full body shots along with some wides showing the entire band. Was this a bad choice, not totally but it didn’t work out to well. I quickly switched to the Nikon 14-24 2.8 to get me a full on wide shot that the client could use. I know that a simple usable shot will always be a wide shot showing the entire band and stage setup.

Next I switched off to the Nikon 200-400 which is way to big for a small pit. From the pit it really was not the best choice. The 70-200 would have been a better option but like I said above, I had this lens and I was going to use it. It was heavy, hard to hold and very hard to get tight focus. Even bumping my ISO to counter the F4 there was not much luck getting tight focus with that lens.

All and all this was one of the harder concerts I have shot from the pit. I am not a huge fan of shooting live shows especially with the three song limitation. I am not making excuses for not getting the best shots at this show. I am simply sharing my experience and the images I did capture. If ended up selecting five images to send to the clients and guess what, they LOVED them which is all that matters in the long run.

Not many photographers out there would show you every shot they took from the pit. I share those images with you to show you that not every shot is a keeper but there is something to be learned from every shot you take.

CLICK HERE to see all the images form the Arcade Fire Concert.