On this weeks RAWtalk Stephen is back with a bunch of the industries Photo News including three stories about Canon and more. We also revisit the Adobe Creative Cloud discussion before moving into the Flying Solo portion on this weeks RAWtalk. Be sure to keep an ear our for secret phrases to tweet and post on Facebook. Don’t forget to subscribe on iTunes as you will be the first each week to automatically be sent the new RAWtalk.

This sure gives new meaning to the word “chimping”: A chimpanzee named Mikki learned how to photograph via Polaroid and analog film cameras back in 1998. Better yet, his set of 18 photos are being auctioned off in two weeks (6/5) for an estimated $100,000! Woah…

The auction will kick off on June 5, 2013 by Sotheby’s auction house in London. The collection is titled “Our Moscow Through the Eyes of Mikki”. The best part? Mikki’s photographs are mostly colorful out-of-focus pictures showing Moscow’s Red Square, nothing short of an infant taking pictures. Mikki received his basic photography education from Russian conceptual artists Vitaly Komar and Alexander Melamid, who work as Komar and Melamid. He was first spotted by the duo at the Moscow Circus. Check out a couple photographs of Mikki below and click the images to view a sample of the chimp’s pricey out-of-focus art: (via Metro News) 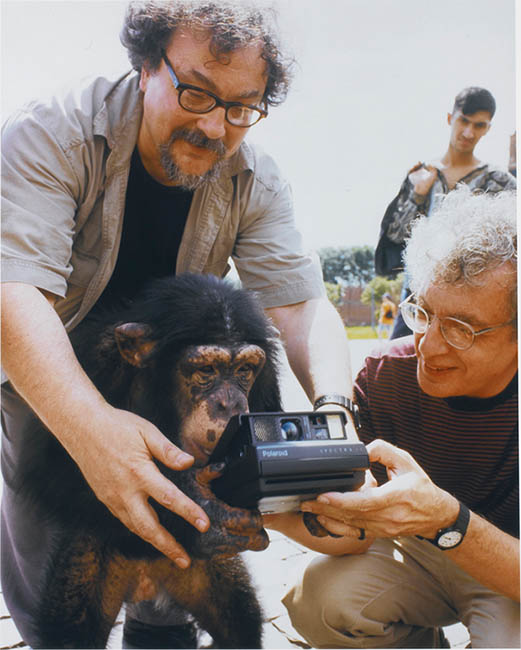 Everyone has a GoPro these days. From sports enthusiasts to construction workers at One World Trade Center. The best part about it? You can mount it almost anywhere. Construction workers at the One World Trade Center recently reached the full height of the building–being 1776 feet–making it the tallest building in America. They attached a GoPro to the spire of the building as it was being hoisted up. Watch the uplifting footage below: (via LS)