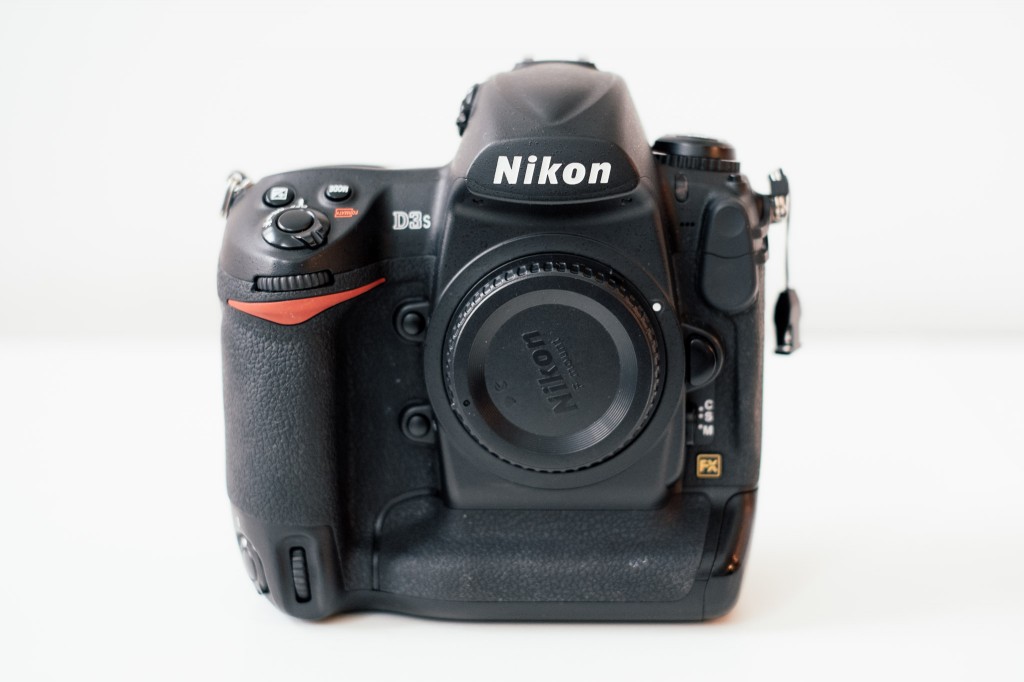 I’ve been a Nikon shooter for years. It’s not because Nikon is better than Canon or a subjectively biased motivation and at this point, I’d shoot just about anything and be happy. I consider myself fairly brand agnostic however, there are camera brands I like and prefer, but at the end of the day, they all do some very basic things and they all seem to do them well.

I bought my Nikon D3s in the Fall of 2009. I had been shooting a Nikon D700 and loved it, but wanted more. In fact, there are many times where I wish I still had my D700 as it was such a great camera to shoot. The size, form factor, all great. And it made some great files. Oh, and I actually really dug how the built-in flash was so versatile as a quick fill or even as a CLS commander. All good stuff. But, I’m far happier with the D3s and frankly never looked back.

Over 100k clicks and it performs exactly the same today as it did the day I got it 4 years ago!

Nikon’s build quality is amazing. My D3s now has over 104,000 clicks on it. Yes, over 100k clicks and it performs exactly the same today as it did the day I got it 4 years ago. So what motivated me to write about it all of a sudden? I think at times I take it for granted. I tried replacing it with the D4, but the D4 didn’t do it for me. I like the files from the D3s better. I like the way the D3s handles better. Tethering with the D3s is fantastic. Incredibly reliable and a phenomenal buffer. This camera is such an incredible performer. You can get easily 4000 or more RAW frames on a single battery charge! C’mon, that’s insane?! Super fast, tack sharp focusing. And the list goes on.

Today, I was booked on an outdoor shoot despite the fact that it’s raining and was expected to get heavier as the day progressed. I was tasked to shoot professional golfer Spencer Levin for IZOD. The shoot was at one of the countries most prestigious golf courses. And wow, was this place amazing. However, it was literally dumping rain. I am typically very careful about getting my gear wet – water and electronics are not friends. However, I had a small window of time to get my shots and there was no chance the rain was letting up so I just went on to the golf course and did the shoot.

Because it was so gross out – overcast and pouring rain, I bumped my ISO up to 800. Set my shutter to 1/1000 so I could be prepared to freeze motion and shot between f/3.5 and f/4 with the 85mm f/1.4 lens. I wanted to really isolate Spencer on the backdrop of this spectacular golf course. The shots came out fantastic. So rich and contrasty. Beautiful saturated color. At 1/1000, the rain drops made for extra drama, but the action was all there. Spencer is a pro. Not only as a golfer but with this sort of thing. He was so nice and accommodating and despite the dumping rain, he worked with me so we could get all the shots and he did so without skipping a beat so he could make it to the next hole and not hold up the game.

The camera got wet. No the camera got soaked. No, the camera was dripping soaking wet. I trusted the weather sealing on the camera and didn’t think much about what would happen to the gear, because it was all about getting the shots and it performed perfectly. After toweling it off thoroughly, there’s no evidence of the super soaking it took today.

Would I recommend anyone shoot out in the rain and expose their gear to the elements? Not at all. However there are times you gotta do whatcha gotta do to get the shots, to do your job. I love my job. My camera is a tool. A means. It’s insured and replaceable. I still take extra good care of it, but when necessary, I will push myself and my gear to the limits to get the job done.