This Is My Photo Story From Israel: Editing Process and Final Images

The first video here showcases the final edits and keepers from my trip.

Follow this second video to see how I edited every single image in Adobe Lightroom.

Click Here for the FULL RES exported images from my Photo Story.

My goal is rarely to capture just one image that purely stands out on its own. My personal goal is to tell a story across many photos. A story that leaves the viewer feeling like they were actually living the moments captured in the images.

Recently when I spent a week in Israel thanks to “Vibe Israel” and Kinetis, I set out to tell the story of my journey. We criss crossed this country which is the size of New Jersey seeing everything from ancient Biblical places to the new modern cities.

I consider myself to be a very selective photographer. Where many photographers are snapping away at everything that moves I find that I have to get into the shooting mood before actually doing so. Generally I get inspired by people in locations that are interesting. When I am not rushed or being bogged down I tend to get into shooting mode.

Shooting mode for me means I get quiet, I start to observe the situation I am in and I prepare to capture the moment. This is an interesting place to be, I am not sure if you have ever experienced this but if you have you know what it’s like. The rest of the world fades away and your focus kicks in. You are hyper focused on what is around you and it almost seems like it’s moving in slow motion.

I took just over 400 pictures in the eight days I was in Israel and out of those 400 I edited it down to my final 37. That doesn’t mean that other images that I captured weren’t good enough it just meant the didn’t fit into this photo story.

See, you have to understand that not every photo will fir the story you are telling. Sometimes you have to let go of certain images for the betterment of the story.

Am I pleased with the final images I captured, the answer is absolutely. Is there room for improvement and the answer is a big yes. There’s always room to get better and to learn from the images you took, missed or did not were there.

What would I have done differently is spend more time focused on a specific type of image to capture. I didn’t really have a desired story in mind to capture, I pretty much went with the flow and considered myself the behind the scenes guy. The guy that helps tell the stories of everyone who was on the trip. 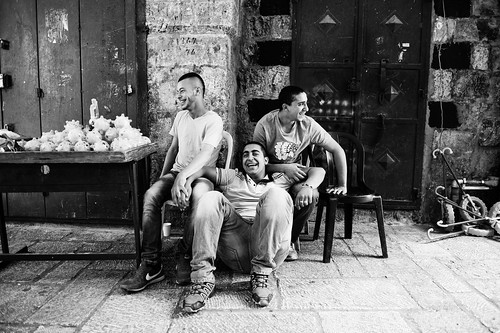 It’s really funny that I classified myself as the guy to help tell the others stories being that the only other photographer you see is Adam.

Let’s take a visual walk through my Israel images. We started off walking through Jerusalem where the faces, stores and history is alive and well. This city is thousands of years old and holds a diverse group of people who practice many different religions. You see a mix of the Jews, Muslims and Christians all within the city walls. 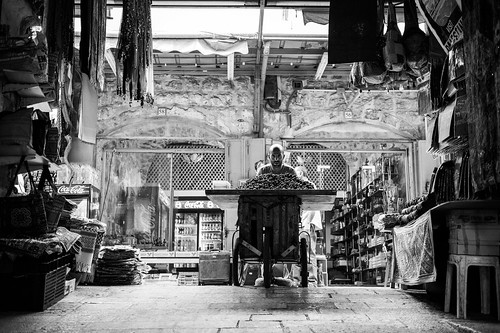 There are shop owners sitting out front, some wanting their pictures taken and others who shun you if you even look their way. You see the old the young, the locals and the tourists. You can see this mix in the images that I captured. 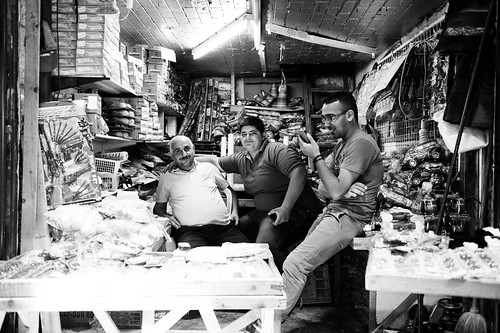 We than move to the Wailing Wall where I did not spend a ton of time but I was able to capture a nice cross section of solid images. You have the soldiers praying at the wall. You have the ultra wide angle showing people in prayer to people walking around. The story that is being told in the Black And White’s just feels right. 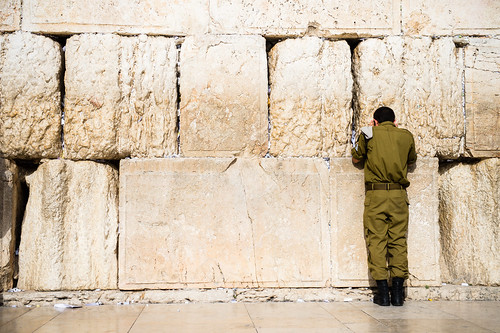 We shift gears to the Dead Sea where a few model photo shoots were set for the day. I considered it my job to capture behind the scenes images of Adam photographing his model. Beyond that I also doubled as his assistant when he needed some help. 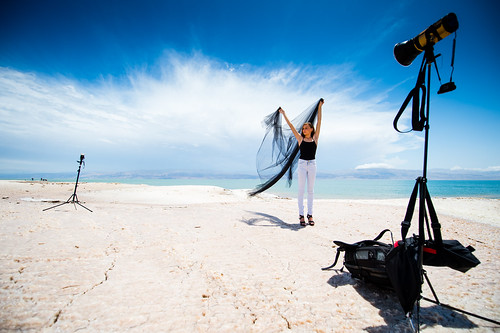 The story being told was all about Adams photo shoot. I wanted to capture wide shots of Adam with the model as well as images that showed the beautiful scene we were in. I did film a behind the scenes look at this photo shoot that I will post as soon as it is fully edited.

Moving on form the Dead Sea into Tela viv which is considered the most modern city in Israel we woke up early to photograph fisherman at work. Again I spent time photographing Adam while he had the pleasure of doing an impromptu portrait session with a good 20 or so local fisherman. 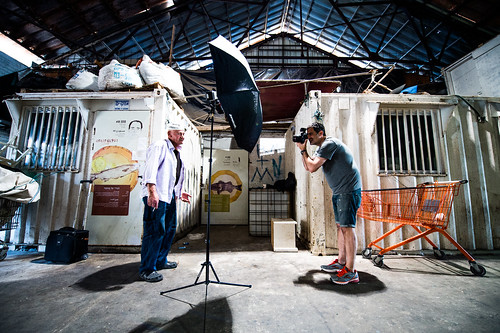 I also found myself walking around trying to capture the story of the location. I wanted to capture the wider detailed shots showing fisherman at work in their surroundings. I am very happy with the resulting images from the morning spent on the docs.

As the trip was winding down I was able to interview Ziv Koren as well as capture some behind the scene candid images. As you can tell from the images Adam was dong a portrait shoot and I was jumping in where I could to capture a few moments. In an ideal world I would have spent more time but honestly I am very happy with the few images I did capture. 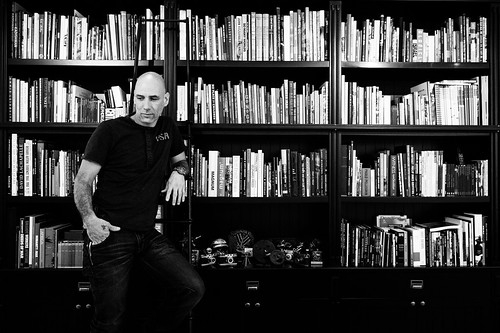 Even if I did have extra time i’m not really sure what I would have captured beyond what I was already able to. I love the black and white’s, I love Ziv in front of his bookshelf and having a discussion and the pool table with Adam. I love the shots of him at his desk even when he is making deep eye contact with the camera. The scene that is there is what drives me as a photographer.

As you can tell from my photo story I generally capture people in their natural environments. I am very pleased with what I captured. Like I said above, if I had more time to spend in these locations I would have come out with more keeper images. 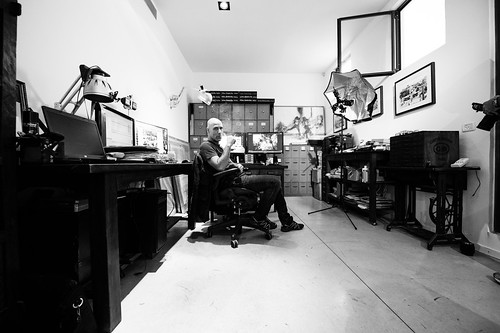 I seriously could have spend three to four hours hanging around the markets just observing the situation, finding the light and capturing the moment.

These images tell the story of my journey and I hope you were able to feel like you were there with me. Click Here to view the FULL RES exports.